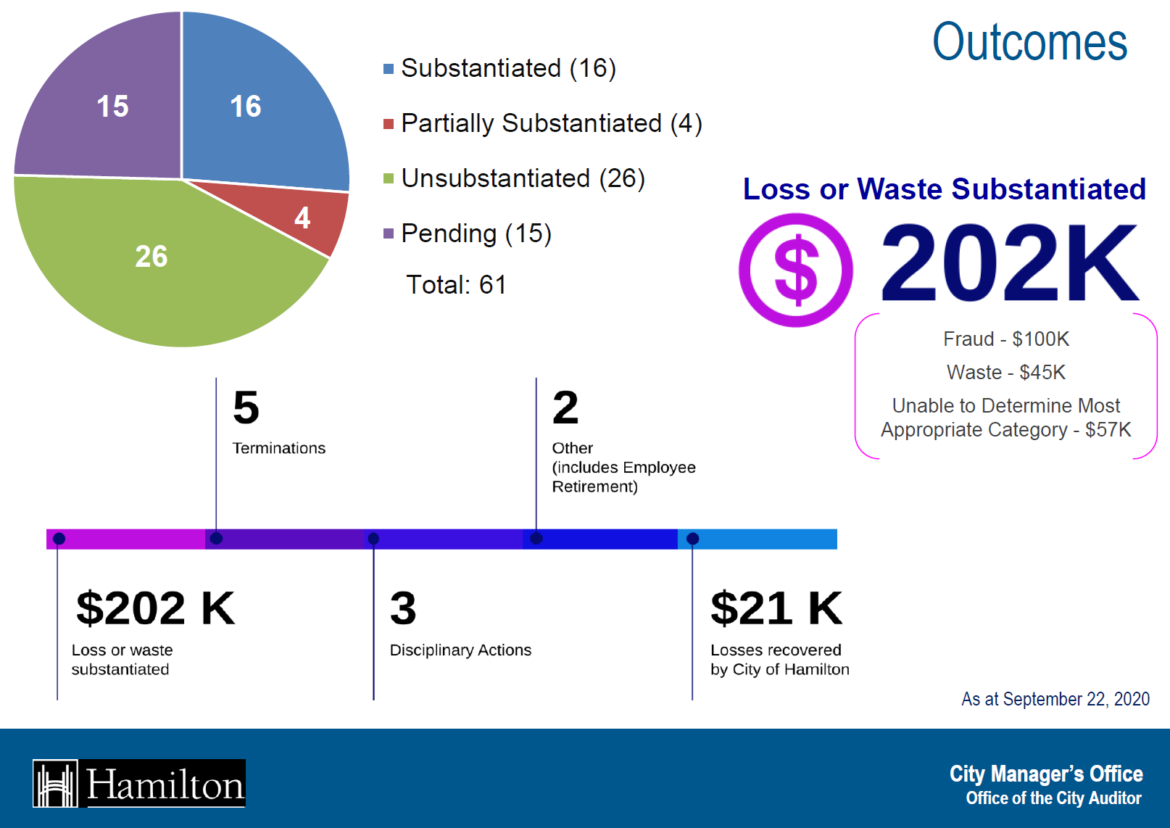 A slide from the City auditor's report.

Hamilton’s internal auditor tabled the first-ever “Fraud and Waste Annual Report” to City Council today. In the report, internal auditor Charles Brown states his office received 65 reports to the City’s new semi-independent fraud/waste hotline between July 1, 2019 to June 30, 2020. 48 of the reports were made anonymously, Brown states. During this time, 20 additional reports were made directly to the auditor’s office from various city departments. This compares to previous years, when reports were directly filed to Brown, when the record was 12 reports. The Office of the City Auditor is located within the City Manager’s Office.
In the annual report, Brown reports that 45% of reports came from individuals who self-identified as employees and 55% of reports were made by non-employees.
Of the 85 complaints, 31 resulted in investigations being launched, 23 were referred to various City units with “response required”, 25 referred with “no action required”, and 20 “no response required / not enough information / out of jurisdiction”.
The 31 investigations were in one of three categories: 8 fraud, 15 “waste/mismanagement”, and 8 “combined fraud and waste/mismanagement”.
From the investigations, there were 5 terminations, 3 disciplinary actions, and 2 “other (includes employee retirement)” and $21,000 was recovered.
The report is available on the City of Hamilton website here.