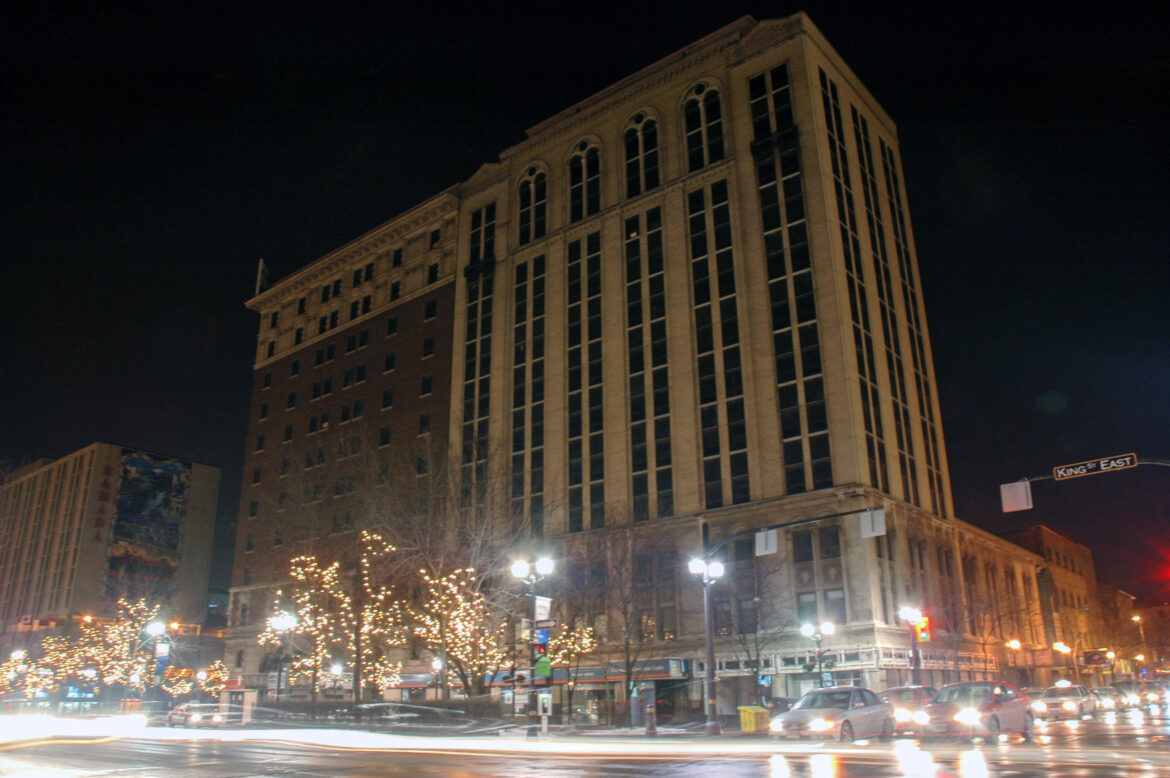 Hamilton’s Municipal Heritage Committee voted to recommend formal heritage designation for the former Royal Connaught Hotel building in Downtown Hamilton, but not before residents of the building aired their grievances about the condominium corporate structure of the building.
The process of designation took over a decade, with City Council initiating the process in April 2008 – shortly after the hotel closed and the building entered into receivership.
The eastern portion of the building was first constructed in 1914-16 in the Edwardian Classicism style by Buffalo architects Esenwein & Johnson, the Royal Connaught Hotel was Hamilton’s grand hotel and ball room during the nearly 90 years it operated. As Hamilton’s fortunes decreased with deindustrialization, so did the hotel which struggled in the 1990s before closing in 2004. The western portion of building was constructed starting in 1931 and is being designated as well.
Vote carried 7-2.
The designation, if approved by Council, will protect nearly all of the exterior of the building and protect the interior lobby and mezzanine.
The developers who converted the Royal Connaught into condominiums, Rudi Spallacci and Ted Valeri, retained ownership of the lobby and the ground level commercial units. The developers are charging condo residents a fee of $68,000 for use of the lobby. Many residents of the condos are upset about this arrangement and how the condominium corporations were structured. Various matters related to the condominiums are subject to litigation. [Recent changes to Ontario’s condominium laws now forbid these kind of rent-seeking arrangements by developers]
Residents Lynda Zugec, Trevor Copp, and Kristina Schmuttermeier each delegated to the Committee to share their concerns about how they’ve been treated by the developers, the problems they see as a result of the creation of multiple condo boards, and who would be responsible for the costs of heritage preservation in the building.
Each of them, in different ways, noted the developer is the party who is making revenue from the lobby and the commercial units. They want the City to require the developer to be responsible for heritage preservation.
Numerous times during the meeting, the Chair and City staff asked the delegates to return their discussion to the heritage designation matter.
Hamilton City Council will need to ratify the Heritage Committee’s decision in a future meeting.