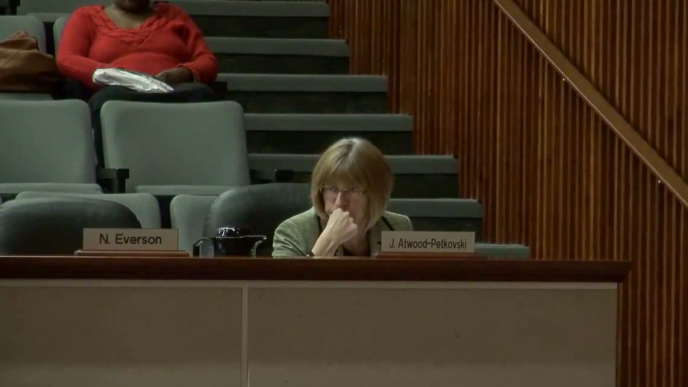 Hamilton’s Integrity Commissioners have completed their first investigation in years.
In an unsigned report, the Integrity Commissioners say LGBTQ Advisory Committee Chair Cameron Kroetsch should be removed from advisory committees and publicly reprimanded by Council for his statements on CHML criticizing City Council and the City’s Senior Management Team for their roles in various City Hall cover-ups, for his criticism of backroom deals at City Hall, and for his public criticism of the Council appointee on the Hamilton Police Service Board.
Hamilton’s Integrity Commissioners are retired municipal senior managers Janice Atwood-Petkovski and Jeffery Abrams. Atwood-Petkovski was Hamilton City Solicitor for four years, retiring in 2017.
The basis for the Integrity Commissioners’ investigation is a series of rule changes and resolutions passed by City Council in closed session earlier this year.
There are many flaws to the report:

For ease of reading, the analysis of this Integrity Commissioner is broken into four parts:
Part I: An Illegal Investigation
Part II: The Hamilton Integrity Commissioners – Outliers with an Alternative Approach
Part III: False Claims, Accusations, and City Hall Contradictions
Part IV: Conflict of Interest and the City Clerk’s Misinterpretation of Law
Part I is being published today, with Parts II – IV to follow.

Timeline of the Integrity Commissioner and Changes

In February, City Clerk Holland and other members of the City’s Senior Management Team (SMT) negotiated a new long-term contract with Atwood-Petkovski and Jeffrey Abrams, who operate as the company Principles Integrity, to be Council’s Integrity Commissioners for the remainder of this Council’s term. The contract includes a provision for this Council to extend the term for a potential total length of six-and-a-half years. This appears to be the longest contract ever offered to an municipal Integrity Commissioner firm in Ontario.
The financial compensation and performance metrics of the contract are not publicly available. As integrity commissioners are not employee of the municipality, there is no impact upon the pension payments of ICs who are also retired municipal employees.
The long-term contract follows four short-term non-competitive contracts issued by Council to Principles Integrity over 20 months beginning in July 2018. [Contract extension: 2,3,4]
During their first 20 months, Atwood-Petkovski and Abrams closed all complaints without any public investigative reports and recommended no sanctions against Councillors who threatened people on numerous occasions. Among the incidents, a series of threats Ward 4 Councillor Sam Merulla posted to Twitter threatening a CHCH journalist for airing video of Merulla’s statements during a Council meeting. Twitter suspended his account for violating its terms of use. Atwood-Petkovski and Abrams investigated the matter and do not consider the behaviour serious enough to warrant a public report.
At the same time as the long-term contract was offered, Council and SMT were finalizing the plans for the Integrity Commissioners to write an investigative report regarding Kroetsch.
On February 26, Hamilton City Council confirmed the new Integrity Commissioner contract. During closed session that evening. under the title of “Committee Update”, Council provided instructions to the City Clerk to relay to the Integrity Commissioner a resolution directing the IC to launch this investigation.
The investigation was formally launched March 4 and was made the top priority of the Integrity Commissioner. On March 5, the City Clerk updated the City website to state that Advisory Committees were now Local Boards, and updated the Integrity Commissioner webpage to include that IC’s new powers.
The significance of this change is noted below.

Part I: An Illegal Investigation

Integrity Commissioners derive their powers and authorities from Section 223.3 of the [Ontario] Municipal Act. The Act states ICs can investigate members of Council or Local Boards. They cannot investigate city staff, residents of the municipality, or groups which are not a Local Board.
The Municipal Act defines Local Board as “a municipal service board, transportation commission, public library board, board of health, police services board, planning board, or any other board, commission, committee, body or local authority established or exercising any power under any Act with respect to the affairs or purposes of one or more municipalities, excluding a school board and a conservation authority”.
It is not legal for Hamilton City Council to adopt a different definition of Local Board. City Clerk Holland and City Solicitor Nicole Auty did not provide the analysis used to declare advisory committees to be Local Boards.
This interpretation is foundational the launching of the investigation regarding Kroetsch.
The Municipal Act definition has been clarified in numerous Ontario Court rulings, the foundational case for defining a Local Board is City of Hamilton and Hamilton Harbour Commissioners eta 1984 CanLII 2125 (ON SC).
The Ontario courts conduct a four part test to determine if a entity is a Local Board:

The four part test presumes the entity “is established or exercising any power under any Act with respect to the affairs or purposes of one or more municipalities”.
To be a Local Board, all four conditions must be met. Atwood-Petkovski and Abrams are required to conduct this test and include it in their investigative report. They did not. In paragraph 3 of their report, they state “An advisory committee is a local board to which the code of conduct and oversight by the integrity commissioner apply”.
To be a Local Board “there must be an element of autonomy”. In paragraphs 20 and 21 of their report, Atwood-Petkovski and Abrams declare “advisory committees are not decision-making bodies” and “for advisory committee members, it is sometimes a surprising revelation that their personal advocacy for a public policy issue may in some respects be constrained by their appointment to a body which is bound to an advisory role only, given the primacy of Council”.
In doing so, Atwood-Petkovski and Abrams have found that the LGBTQ Advisory Committee is not a Local Board. They do not explain the contradiction between their statements. The earth cannot be both round and flat at the same time.
In paragraphs 42, 46, 52, 90, 91, 96, 97, and 98 of their report, Atwood-Petkovski and Abrams repeatedly state the LGBTQ Advisory Committee has neither autonomy, nor the ability to exercise any power with respect to the affairs of the municipality.
At no point in their report do Atwood-Petkovski and Abrams explain why they believe that, despite all their findings to the contrary, the Advisory Committee is a Local Board. Instead, throughout the report, they simply accept the claims of City Clerk Holland.
Section 223 of the Municipal Act requires Atwood-Petkovski and Abrams to independently assess and evaluate the claims put forth to them. There is nothing in their report to indicate they have done so.
Written coherent reasons are required of statutory decision makers. In 2018, in a judicial review of decisions made in part by Atwood-Petkovski as City Solicitor, writing for an unanimous three-judge Divisional Court panel Ontario Superior Court Justice Michael N. Varpio chastised the City for failing to properly consist the law and explain its legal reasoning when making statutory decisions. (CHP v. City of Hamilton, 2018 ONSC 3690)
It is for these reasons that Atwood-Petkovski and Abrams’ investigation is ultra vires – beyond the powers granted to them and City Council under the Municipal Act – and therefore illegal.