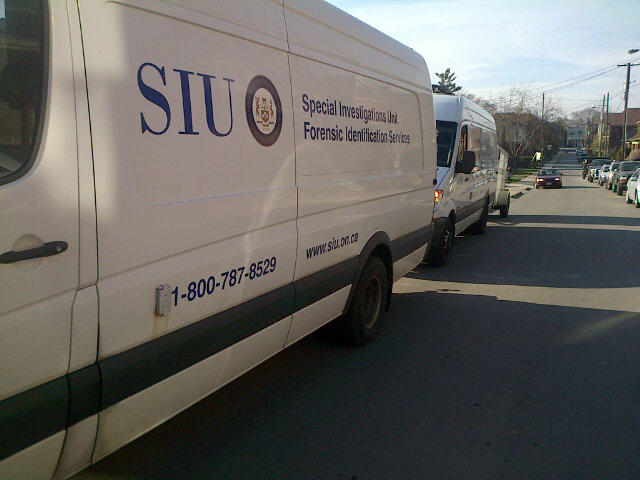 Ontario’s Special Investigations Unit has been the subject of numerous Ontario Ombudsman reports regarding the shortcomings of its investigations.

In recent years, the SIU has been required to explain their conclusions and findings of fact in reports released to the public.

In this case, Martino took over a year to conclude the SIU will not lay charges against one or both Hamilton Police officers involved in this arrest.

The entire investigation turns upon if the arrest was legal. If the arrest were illegal, it follows that the use of force was illegal as well.

Martino’s report decides the arrest was legal, without answering many of the pertinent questions necessary to determine legality.

As an independent watchdog investigation body, the SIU’s role is to make finding of fact.

The process of fact finding is to be free of unreasonable bias and emotion. Police are neither the “good guy” nor the “bad guy”. The injured party, often a suspect or criminal, is not the “bad guy”.

The facts must be determine, the SIU’s finding must provide reasonable explanations for its conclusions, and SIU decisions must be clear in their legal reasoning.

Director Martino’s report leaves many questions of fact unanswered, without explanation of the reasons his investigation was unable to find the missing facts.

The Events as Described by the SIU

Two Hamilton Police officers arrived at a private residence to arrest a man for a series of thefts of gas from a gas station. The man opened the door to his home, denied having committed the alleged crimes, and asked the officers if they had a warrant for his arrest.

The officers did not have a warrant.

“The Complainant closed the door on the officers and indicated they were not welcome”, reads Director Martino’s report.

At this point, the two Hamilton Police officers begin the process of obtaining a warrant.

As one officer arranged for the warrant, the other kept watch over the house. The suspect exited the house into his backyard.

It is important to emphasize that police are not allowed to enter into private property without a warrant.

The Events the Director Isn’t Sure About

Martino states the officer keeping watch told the SIU he feared the suspect was planning to escape and began a pursuit. The pursuit being entering the backyard prior to obtaining a warrant.

The officer cited their ability to make arrests without warrant when in pursuit of a suspect fleeing.

Nowhere in his report does Martino state there is any evidence the suspect exited the backyard. Without this, it is questionable if the arrest was legal.

The officers state the suspect was resisting arrest, and during that struggle the suspect suffered multiple fractured ribs.

The question of the legality of the use of force is what needs to be determined.

If the officers lacked the authority to make the arrest, in that they entered the suspect’s property without legal authority, then the use of force is not justified in law.

Director Martino’s report states there is “evidence to the effect that the Complainant was arrested on his back deck” Later in his report, Martino decides this evidence is inconclusive. No alternative explanations are provided.

The report continues “Were the foregoing evidence accepted, then the Complainant’s arrest was arguably unlawful and SO #1 and SO #2 could be open to charges of assault. I am not prepared to accept the evidence, however, as it is insufficiently reliable to warrant resting criminal charges on it. The source of the evidence that the arrest took place here is not reliable. Given this issue, as well as the chaotic nature of the arrest, I cannot conclude with sufficient certainty that the arrest started on the rear deck of the Complainant’s home”.

Martino does not explain why the evidence is unreliable. At no point in his report does Martino discuss any evidence the arrest happened outside of the suspect’s property.

Two paragraphs later, Martino writes “Finally, aside from whether the arrest occurred in a dwelling-house, the question arises whether the officers were trespassers in the Complainant’s rear yard at the time and the impact of such on the lawfulness of the arrest. Here, too, the factual and legal issues are so equivocal that I am unable to arrive at any firm conclusions. SO #1, who first entered the backyard, suggests he had authority to do so without the Complainant’s permission pursuant to the doctrine of hot pursuit. SO #1 was clearly in error in surmising as much. ”

It would follow since the officers were “clearly in error” as Martino states, they had no legal grounds to enter into the backyard.

Martino decides there is an alternative explanation which makes the arrest potentially legal.

Director Martino’s reasoning continues: “Was SO #1 therefore a trespasser? Perhaps, were it not for evidence that the Complainant opened the gate to his rear yard, albeit under duress, to let SO #1 in. To add to the complexity, it is not entirely clear whether SO #1’s status as a trespasser necessarily affects the legality of an arrest which was otherwise justified by a belief based on reasonable and probable grounds in the Complainant’s guilt for the gas thefts: Le (2019), supra, at para. 128.”

In one paragraph, Martino determines the pursuit was “clearly in error”. Two paragraphs later Martino states the suspect may have opened his back gate “albeit under duress”?

Again, Martino report raises yet more unanswered questions? What caused this duress? Was the suspect responding to the “clearly in error” pursuit? If so, does the opening of the gate suddenly make the pursuit legal?

Martino does not answer any of these questions, deciding to proceed on the basis that the arrest was lawful.

“I am simply not persuaded that there are sufficient grounds suggesting the Complainant’s arrest was unlawful to warrant that issue being put to the test before a court”, Martino writes. “I proceed, therefore, on the basis that SO #1 and SO #2 were proceeding to lawfully arrest the Complainant when they confronted him in his backyard.”

Thus, he concludes “there is no basis for proceeding with criminal charges in this case, and the file is closed”.

Ultimately, after taking over a year to complete what should’ve been a simple investigation, the SIU investigations leave us with more questions than answers.

This serves no one, not the injured party, not the officers involved, and not society.

No wonder the reports of the Ontario Ombudsman and findings of the Honourable Justice Michael H. Tulloch state the Special Investigations Unit is failing short of being the police oversight Ontario needs.