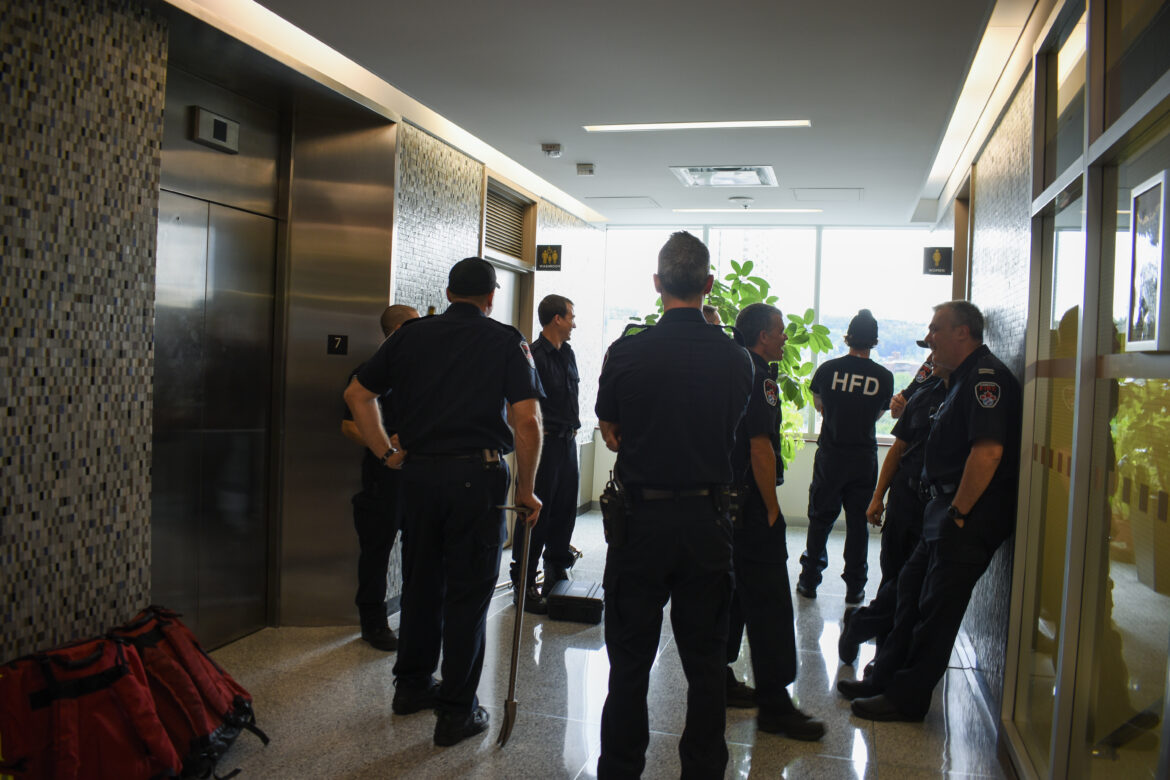 The provincial government is looking at enforceable standards for elevators, including fines against violators who fail to maintain their elevators in good order.
The proposals were posted to the Ontario Regulatory Registry this morning, and further elaborated upon in a press release.
If approved, the regulations for “enhancing elevator safety and availability” will see monetary penalties for repeated periods of non-operations elevators and failures of proper routine maintenance.
Also included, a proposal to create an open database of breakdowns and other non-functional periods.
“Publishing information about outages online is intended to help consumers, including those with accessibility needs, make more informed choices as homebuyers and renters”, the consultation documents state.
Public feedback on the proposed changes is open until August 4, 2020.
Out-of-service elevators are an issue which Hamilton City Council attempted to address by adding elevator maintenance to the local property standards by-law in 2016. Due to the limited powers available to municipalities, due to the lack of existing provincial regulations, the by-law has not been used.
A tactic of “renovictions” is to create inconvenience for existing tenants, including the shutting down of elevators for long periods of times for replacement or repair. (Elevators replacements can be very profitable as one paralegal explains)
A spokesperson for the City of Hamilton City Manager’s Office states city staff are reviewing the documentation posted by the provincial government today, and not able to speak further to it pending a review. “We cannot answer until the provincial information is reviewed by staff, which is anticipated before August”.
Hamilton Centre Member of Parliament Matthew Green (Hamilton Centre – NDP), who moved the 2016 City Council motion as the Ward 3 City Councillor to add elevators to the property standards bylaw, says regulations are long overdue.
“I can recall as a city councillors the heartbreaking stories of peoples living with disabilities being effectively shut in their upper story units for weeks at a time without proper redress. I recall the indignity of seniors being stranded in the lobby with incontinence crisis simply because landlords where too cheap to fix their elevators”, Green wrote in an email response to The Public Record.
“I find it unconscionable that the Ministry of Government and Consumer Services has taken over 2 years to move on these long overdue enhancements ensure adequate accessibility for residents. It should be noted that this is over 2 years of waiting after the Bill was passed without measurements in place to provide people with reasonable access to their homes. My hope is that this provincial government enacts fines that are significant enough to deter landlords from extended delays in repairs and that the online transparency will provide better accountability and public pressure to act on repeat offenders”
Anyone can comment on what they believe new regulations should include by visiting https://www.ontariocanada.com/registry/view.do?postingId=33368&language=en before August 4.
Usually, it takes around three to four months for regulations to be published in the Ontario Gazette following public consultations.