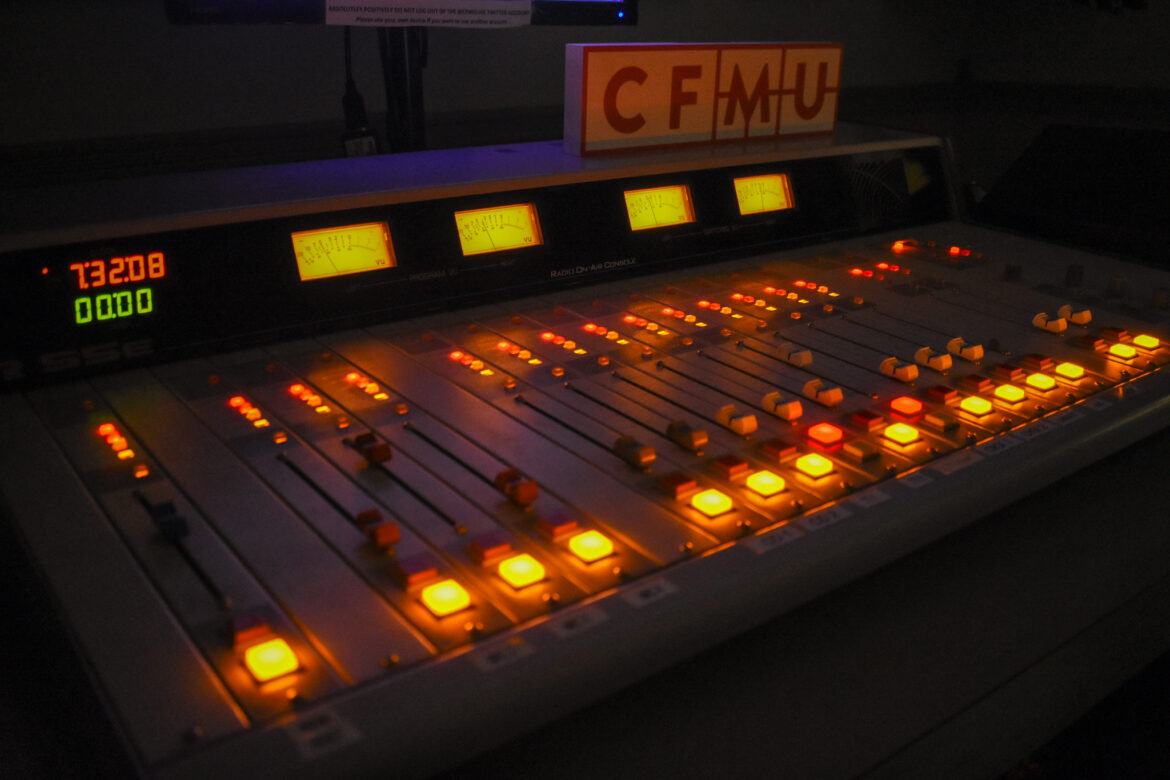 The control board at 93.3CFMU, an independent radio station in Hamilton, Ontario

Hamilton’s live music venues are few and in danger of economic collapse, says a 37-page report commissioned by the City of Hamilton on the viability of live music venues.
Prior to COVID, the average operating margin for a venue in Hamilton was 4%.
“28% of venues’ revenues coming from municipal grants, this is a critical component for their financial sustainability”, reads the report. “Various sources such as event rentals, alcohol, food, coat check, etc” according for the remaining revenue, with only 2% of revenues coming from ticket sales. 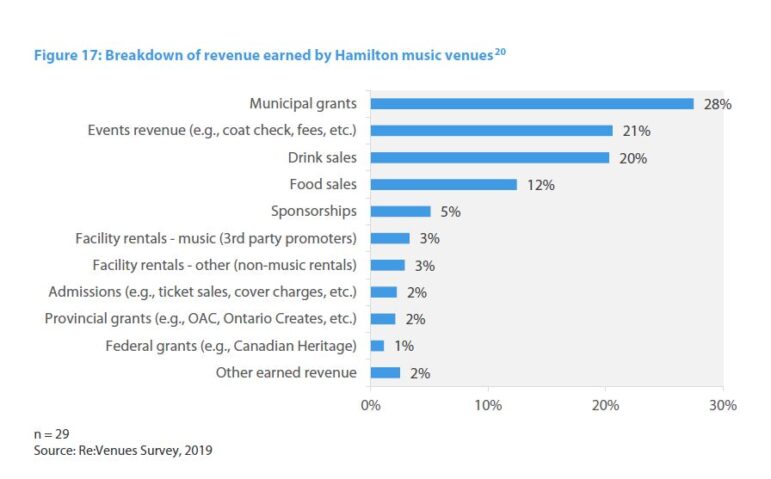 HANDOUT / Corporation of the City of Hamilton

The report paints a bleak picture of the short-term viability of live music venues “the
business models for small to medium venues (capacity of 100 to 350 persons) requires
sold out shows along with revenues from food and beverage, etc. to remain viable”.
The Canadian music industry says the majority of music venues it spoke to in March could not sustain themselves past September due to COVID closures. “Only 4% will be able to keep their business going for up to a year”, an industry press release stated on April 1.
There are 1,100 full-time equivalent jobs produced by Hamilton’s live music venues, says the report.
Among the suggestions contained in the report, the authors suggest the City explore “tax breaks for cultural venues” to assist them in managing increased property tax costs due to rising property values.
Presently, Ward 2 City Councillor Jason Farr is seeking to shut down The Corktown Pub, one of Hamilton’s oldest music venues. Farr refuses to state why he is vetoing the pub’s patio application. The application meant all the requirements of law, and received full approvals from City of Hamilton staff.
Farr is refusing to say why he is vetoing, and ignoring all questions regarding his veto.
The issue of mid-size venues continues to a significant barrier to music growth in Hamilton. Mid-size venues seat between 250 and 1200 people.
The report includes interesting stories of what is working.
One artist discussed how the I Heart Hamilton blog helped to grow their audience online, which then directly led to her getting a show. And another discussed how they were relatively unknown until their performance at Supercrawl, which led to someone in the crowd specifically seeking them out following the show to offer then another gig.
The consultants for the report are Nordicity Group Ltd. The contract was awarded at $39,200, in a non-competitive bid.