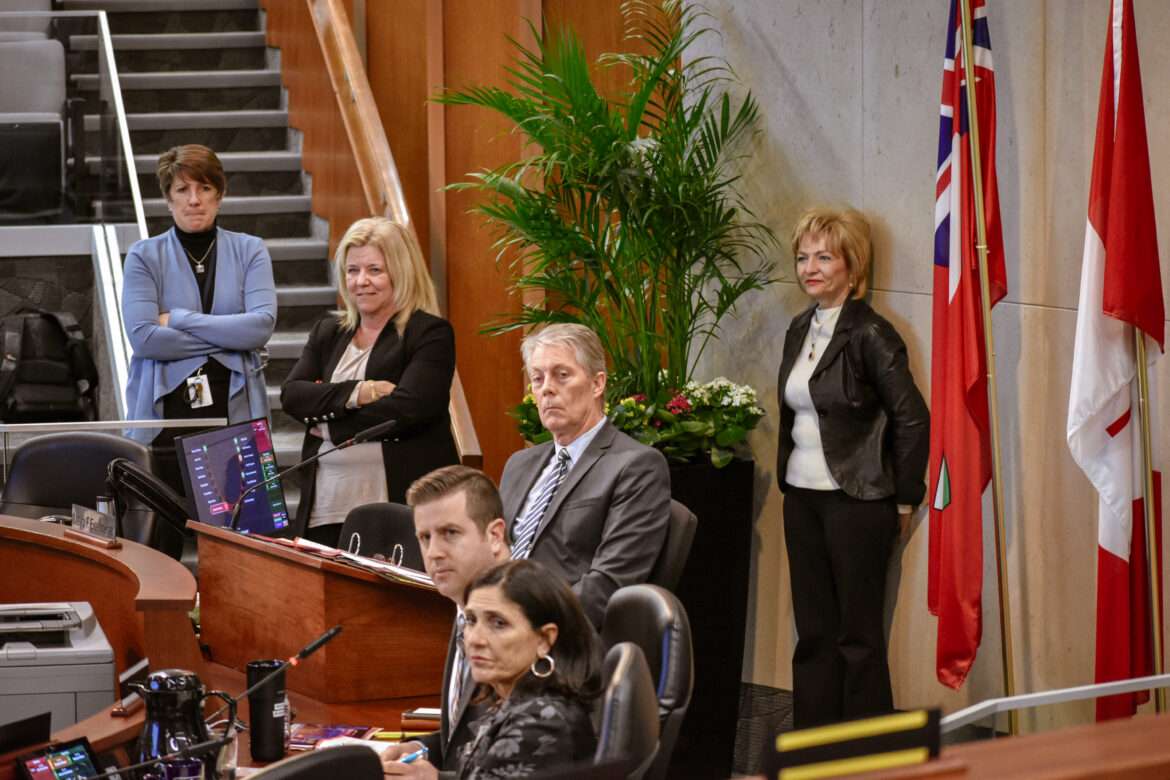 OPINION
The Mayor’s Economic Recovery Task Force has already served its purpose: political posturing.
There is nothing the Task Force can achieve which could not be done faster by instructing City staff to look at best practices elsewhere and add a few innovative ideas locally. The only problem with the do more, do it faster approach? Politicians don’t get to take credit.
Hence why politicians create Task Forces.
Appropriate to the gesturing of creating a task force, Councillors postured and fought for nearly an hour of debate to create it.
The debate revealed the thoughts of councillors about what the focus of City Hall should be in the coming months, and showcased the divide on Council between the newer Council members Maureen Wilson, Nrinder Nann, and John-Paul Danko, and the Old Guard majority bloc.
The short version: the new Councillors want the task force to use an EDI (equity, diversity, inclusion) Lens, the Old Guard just wants a list of business sectors put on the task force, and for the Task Force to not make any contentious recommendations. One Old Guard Councillor was particularly concerned the Task Force will recommend lower municipal taxes.
Nann and Wilson submit that social issues and economic issues are tied together.
When they put forth child care as an important issue, an Old Guard Councillor dismissed this as a social issue that needs to be dealt with elsewhere.
Early academic journal submission data is showing early career women professors are not publishing as many single author papers as men right now, in fact, their research productivity is decreased. The consequences of this to their careers could be significant, they are at a disadvantage to male academics who it seems are enjoying more productivity due to COVID.
[Canada’s top soldier, Chief of Defence Staff General Jonathan Vance wrote two days after this Council debate the “the availability of day care centres” will be important to the Canadian Forces returning to full operational tempo in a COVID-19 environment]
Eventually, there is a vote, 3-12 against. Danko, Nann, Wilson are the three for some EDI lenses in composition of the Task Force.
Then a motion to add a representative of the Hamilton District Labour Council, Nann submits that workers need to be represented in how reopening and recovery is going to happen.
An Old Guard Councillor warns of “falling prey” to “infiltration” by “radical elements” if Labour is included in the Task Force. Others say the focus is on businesses, this is a distraction. Brad Clark, a former Ontario Minister of Labour, talks about the valuable contributions labour made at tables he sat at.
(Numerous times during the Council meeting, Councillors referenced “bringing people to the table”, “we need to get people together around the table” and other expressions understood in pre-COVID times”.)
By a close 8-7, Labour gets a seat on the Task Force. In favour: Eisenberger, Wilson, Farr, Nann, Jackson, Pauls, Danko, and Clark. Opposed: Merulla, Collins, Pearson, Johnson, Ferguson, Vanderbeek, and Partridge.
Now deciding who the Councillors on the Task Force. Clark, Danko, Ferguson, Nann, Partridge all express interest.
Chad Collins moves that Ferguson and Partridge be the two Councillors on the Task Force. Debate ensues, Wilson wants to add Nann to the Task Force, Collins says no, he’s moving for only his two and his motion has the floor.
Wilson says it will benefit the work of the Task Force to have a Councillor of a younger generation on it; Judi Partridge takes offence, accuses Wilson of making things personal. There’s some ugly back-and-forth,
Danko moves to amend the motion to add Nann, more debate ensues. Eventually there is a vote, 9-6, Nann is added to the Task Force with Merulla, Collins, Pearson, Ferguson, Vanderbeek, and Partridge opposed.
Then Council approves the creation of a now expanded Task Force, which will meet, present ideas, and submit a final report; likely after the Province has already reopened most economic activities and other municipalities have implemented their ideas.
The question now, will the report end up filed on the Mayor’s bookshelf right beside the HAmazon bid, or will something that wasn’t already happening be implemented by City Hall?

0 thoughts on “COLEMAN: The Mayor's Task Force Posturing All Around”