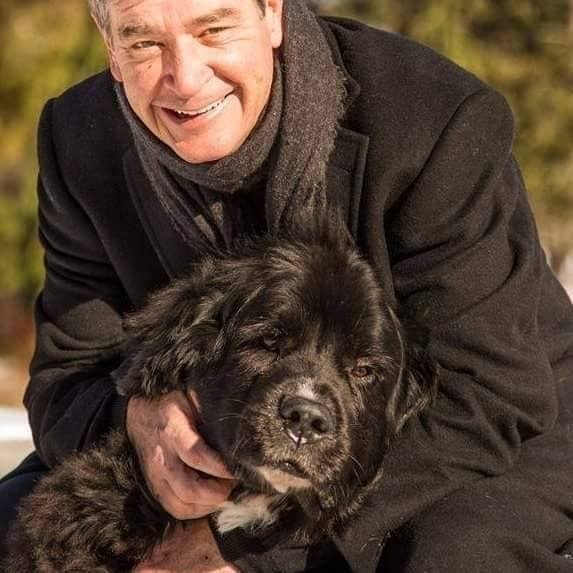 Chris Parkinson, with his Newfoundland dog, Mobi. Photo from his personal Facebook page.

Unless you live in Ward 3, you probably never heard much about Ward 3 Hamilton-Wentworth District School Board Trustee Chris Parkinson, he didn’t draw attention to himself. Parkinson focused his attention, and that of others, upon his volunteer endeavours in the community.
If you live in Ward 3, you know Chris.
It was with terrible sadness that I learned of Chris’ death yesterday morning. As an engaged Hamiltonian, I mourn that we won’t benefit as a community from all he was to contribute as a public school trustee. I mourn that our public school board no longer enjoys his wisdom, knowledge, and humility in public service.
I find comfort knowing that Chris’ contributions will continue in the legacy of all those he’s inspired to community engagement, all those he mentored, the agencies whose board of directors he volunteered upon, and the legacy of Erich’s Cupboard which he co-founded.
Chris, and his spouse Catherine Johnston, experienced the death of their son Erich in 2013. From that tragedy, they found solace in helping others. Erich’s Cupboard provides mental health supports – especially in our local schools –, food, and clothing. It’s impact in the Lower City is significant. That’s how Chris operated, getting the job done for the sake of benefitting the community.
He worked to secure the future of our environment as one of the founders, and tireless volunteer, of Hamilton’s Blue Dot movement.
I enjoyed the few times I was lucky enough to chat with Chris, these were rare because Chris was always working at community events. Most recently, we chatted at the Ward 3 City Councillors debate last fall, I greatly enjoyed the conversation and his insights. Him, Catherine, and their friends Larry Pattison and Tara Aronson were entertaining, and together they could take the most weary person and help them have a great day.
When I interviewed Chris for The 155 Podcast, he showed up with coffee for me. He wasn’t looking to gain favour, or for anything in return – he was just being his kind self. He knew that I had a full day of interviews.
As a Public School Board Trustee, Chris was principled, thoughtful, and hard-working. Only one reporter in Hamilton, from the Hamilton Community News, covers the School Board. Thus, we didn’t hear much about Chris’ all too short time on the School Board. I’m sure we would’ve, had his life not been cut so unfairly short.
This is the great tragedy of his premature death – while his contributions and legacy are greater than most of us could have hope for ourselves in a lifetime – there were many more to come, as School Board Trustee, he was sure to have an ever more widespread positive impact on our community – and likely beyond.
I mourn both this, and that I’ll never enjoy conversation with him again.
To Catherine, his amazing spouse, I’m deeply saddened by your loss. I know you’ll find the strength – with the support of so many of us – to continue the contributions that both Chris and you have been making to our community. Take the time you need, the rest of us will carry your torch.
To all of us, I encourage you to support Chris’ legacy with a donation to a cause when his family publishes his obituary. 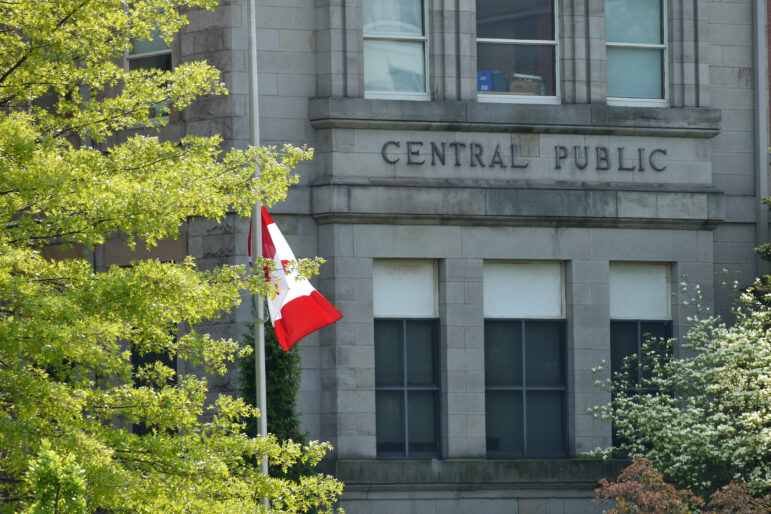