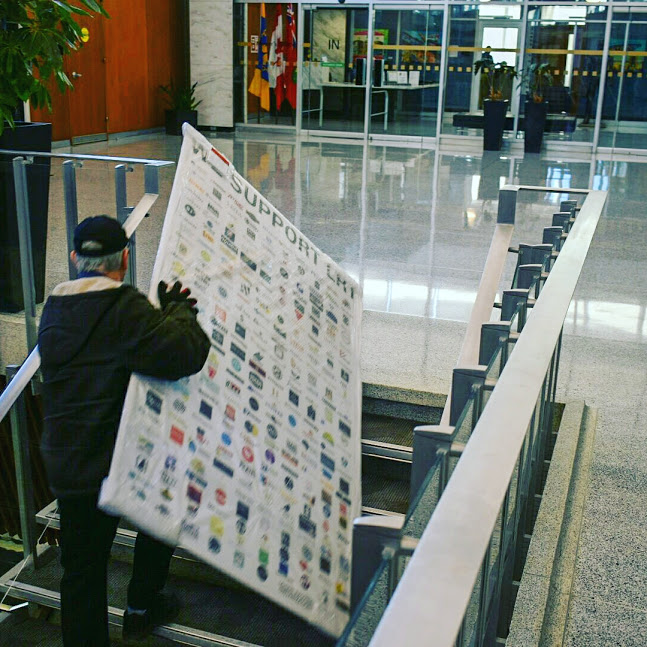 Today's photo: A large placard of the Graham Crawford pro-LRT logo poster being delivered to Mayor Fred Eisenberger's Office in advance of last week's meeting with the Ontario Minister of Transportation Jeff Yurek.

I’m going to try something new, a blog-like scrapbook of items that I would normally tweet and forget. The primary purpose of Joey’s Notebook is to ensure easy future reference of information, something which is not possible with tweets. This differs from Coleman’s Notes, which are full posts of analysis, opinion, blog, or insights. (take your pick of what term you prefer).

Last week’s strong reaffirming of the Provincial funding commitment to Hamilton’s LRT has calmed the waters here at City Hall. Combined with the end of the budget process, this decreases the odds of marathon meetings this month.
Today there are three meetings or hearings of note occurring: