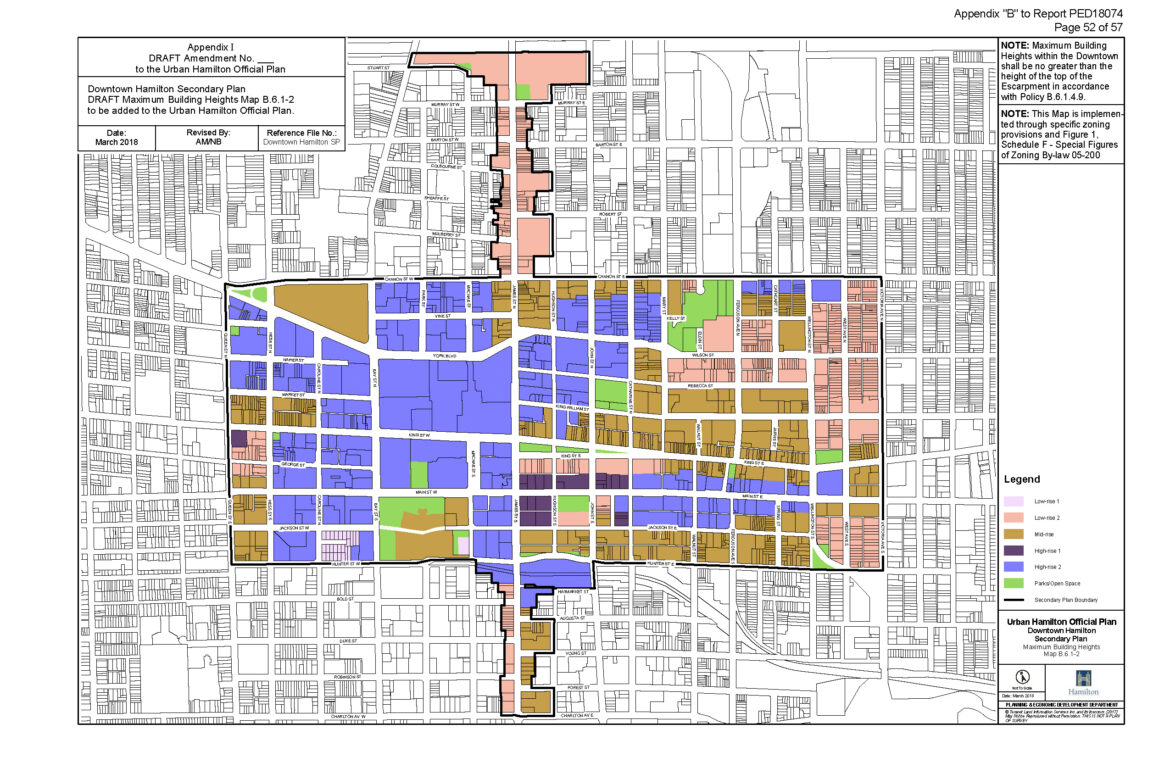 The Estate of the late Victor Veri has withdrawn its appeal of the Downtown Hamilton Secondary Plan (DTSP), paving the way for the City of Hamilton to file a motion to bring the DTSP into partial force and effect.
Elbert van Donkersgoed, Trustee of the Estate wrote the Local Planning Appeal Tribunal (LPAT) on March 19, 2019 stating “I have negotiated an Agreement of Purchase and Sale for the primary property in the Victor Veri estate to which his proposed amendments apply.”
“The deal has not closed but the proposed amendments are not a condition of the deal.”
“Therefore, on behalf of the Estate of Victor J Veri, I withdraw his appeal of the zoning by-law.”
As reported by TPR on March 7th, the City is planning to request the LPAT bring the DTSP into force and effect with the exception of two site special appeals of the plan.
The LPAT informed TPR this morning at 11:19am of the Veri appeal.

Joanna Wice, internal planning lawyer for the City of Hamilton, says the City’s motion requesting the partial implementation of the DTSP was served on the Tribunal and appellants yesterday.