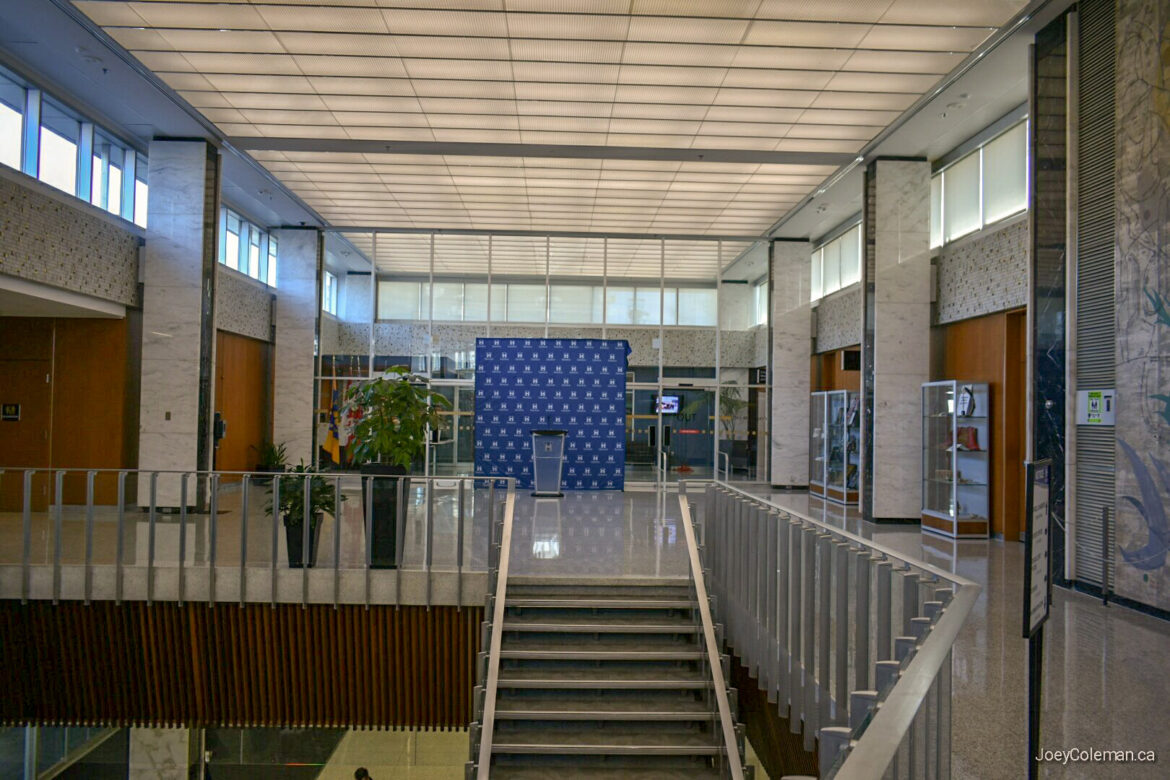 I’m going to try something new, a blog-like scrapbook of items that I would normally tweet and forget. The primary purpose of Joey’s Notebook is to ensure easy future reference of information, something which is not possible with tweets. This differs from Coleman’s Notes, which are full posts of analysis, opinion, blog, or insights. (take your pick of what term you prefer).
Today’s photo: the new City Manager is giving a press conference during tonight’s Council meeting. The podium and backdrop are set-up.