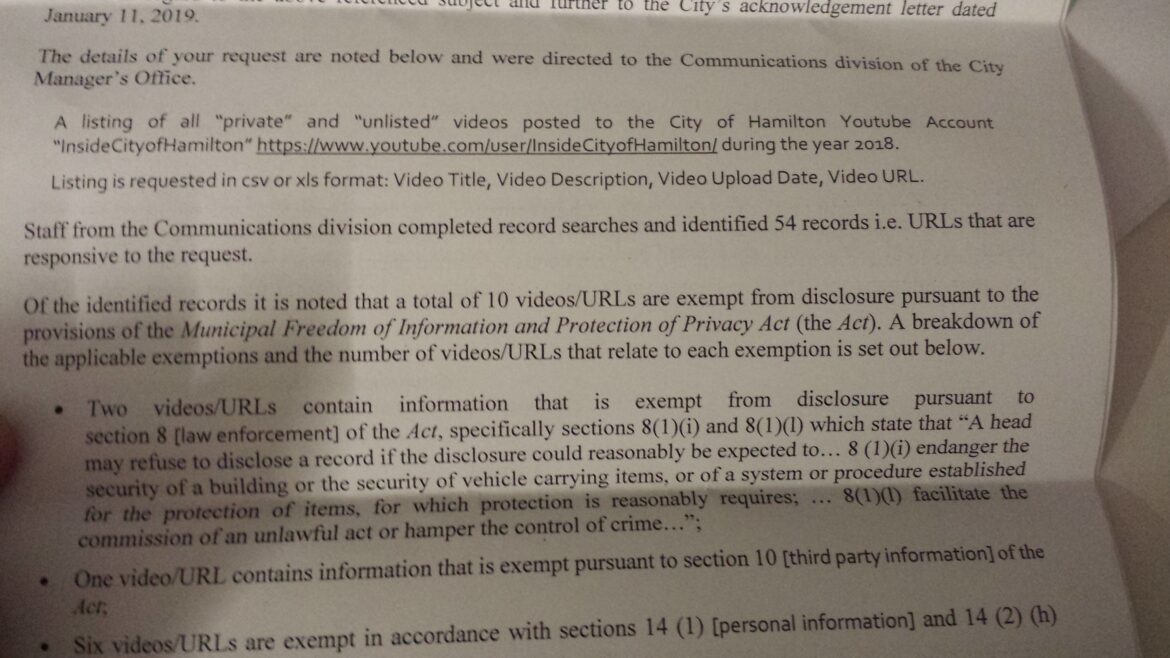 The City of Hamilton’s Senior Digital Communications Officer Andy Zimmerman, responsible for updating the City’s social media accounts, says that releasing two videos URLs on list of the City’s YouTube videos could “facilitate the commission of an unlawful act”.
Hamilton City Council operates the worst ranked municipal freedom of information office in Canada, as measured by the Newspapers Canada annual FOI audit.
The Public Record is using freedom of information to determine how long the City Managers Office was streaming public meetings on YouTube for internal staff viewing while not making those streams public.
Following TPR‘s FOI request, the City Manager’s Office has made the YouTube stream available to the public.
The Public Record is reviewing an appeal of the City’s security claim, which raises serious questions about privacy and security of information. If these videos are of such sensitivity, what are they doing on YouTube in the first place?