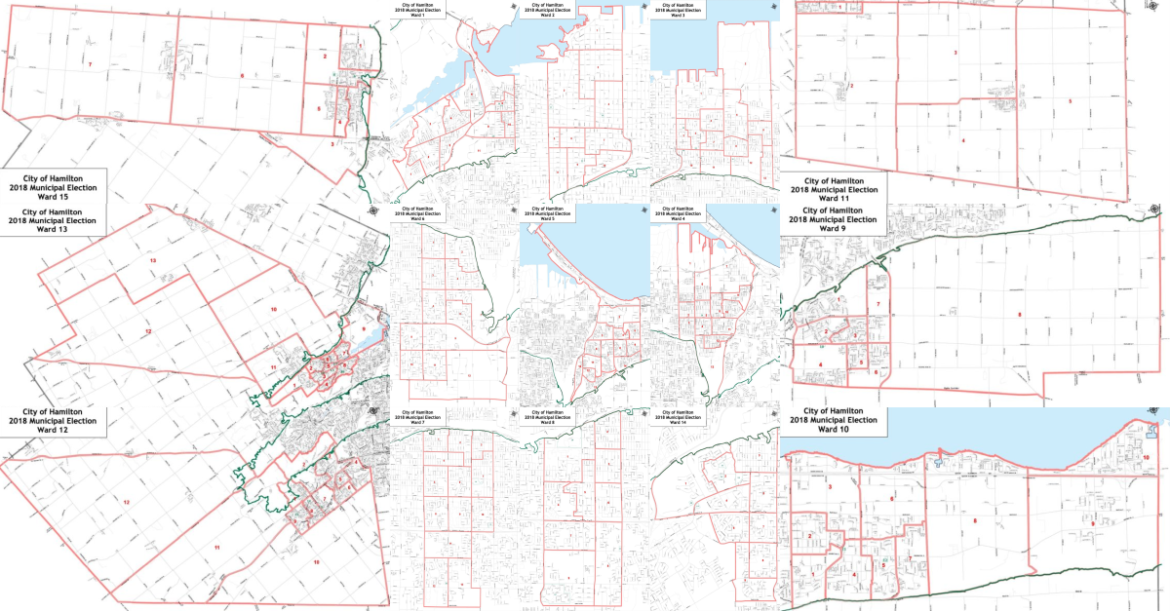 Seven more candidates registered between Tuesday and Thursday for Hamilton’s 2018 municipal election.
Three particularity notable nominations this week as Vito Sgro registered to run for Mayor, Arlene Vanderbeek filed for re-election in the new Ward 13, and Stewart Klazinga became the first candidate to register for Ward 5 councillor.
Sgro is a Chartered Accountant, an experienced political strategist, and thus far the only challenger to Mayor Fred Eisenberger with a proven ability to fund-raise for and run the kind of city-wide campaign needed to be a serious contender for the Mayor’s chair. He’ll be revealing his entire platform during the campaign. In the first days, he made clear that he is opposed to Light Rail Transit, says he wants a city-wide Bus Rapid Transit – but didn’t actually propose a BRT, saying he’ll bring together experts to fix the HSR -, said he’ll seek to implement an Auditor General position in Hamilton, and wants to bring the public and private sector together to create a comprehensive affordable housing plan within 90 days of being elected, stating the City isn’t doing enough to address the housing affordably issues in Hamilton. Full transcript of TPR’s interview with Sgro on Wednesday.
Arlene Vanderbeek is looking to continue her political career which started when she was elected to Dundas Town Council in 1994, seeking re-election in the new Ward 13 which is Dundas and western Flamborough. Vanderbeek spoke to The Dundas Star stating “I’m not a career politician. I’m a resident who knows I can make a difference”
Stewart Klazinga is the first candidate to register in the Ward 5 City Council race. Klazinga outlined his reasons for running, and priorities if elected, in a Medium post in March, including fixing transit, creating safe streets, transparency at City Hall, and fiscal responsibility.
Ricky Tavares registered as a candidate for Mayor. Tavares ran for Mayor in 2014, only gaining 428 votes and finishing in 10th place among 12 candidates.
In Ward 7, which is now an open seat, Karen Grice-Uggenti – a realtor – registered.
Nick Caluori joins the race for Catholic School Trustee in Wards 12 & 13.