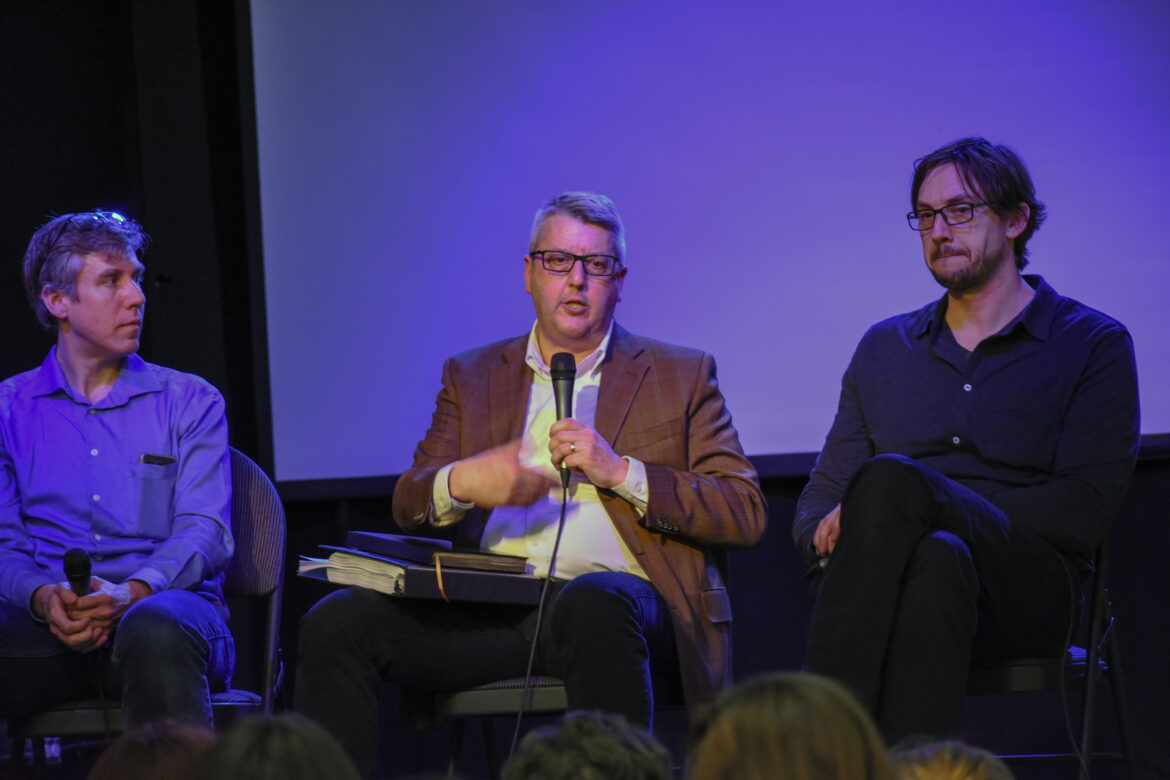 What does the proposed Downtown Hamilton Secondary Plan mean for the future of Hamilton’s primary downtown area and central business district?
The Useful Knowledge Society of Hamilton asked this question Tuesday night at Mills Hardware in the downtown core, inviting City of Hamilton General Manager of Planning and Economic Development Jason Thorne to present to an audience of around 60 residents on the plan.
Following his presentation, Thorne was joined on stage by City of Hamilton Director of Planning and Chief Planner Steve Robichaud for a question and answer discussion with Raise the Hammer editor Ryan McGreal. A brief break was taken before the floor was opened to the audience to ask questions.
The Public Record recorded the entire event, and we’ve posted two videos to our YouTube channel. Part One is Thorne’s presentation and the panel discussion that followed. Part Two is the audience question and answer.  (Note: the last portion of part two is audio only due to an error in my video camera, I apologize)
Selected photos from the event are on Joey Coleman’s Instagram and Flickr pages.