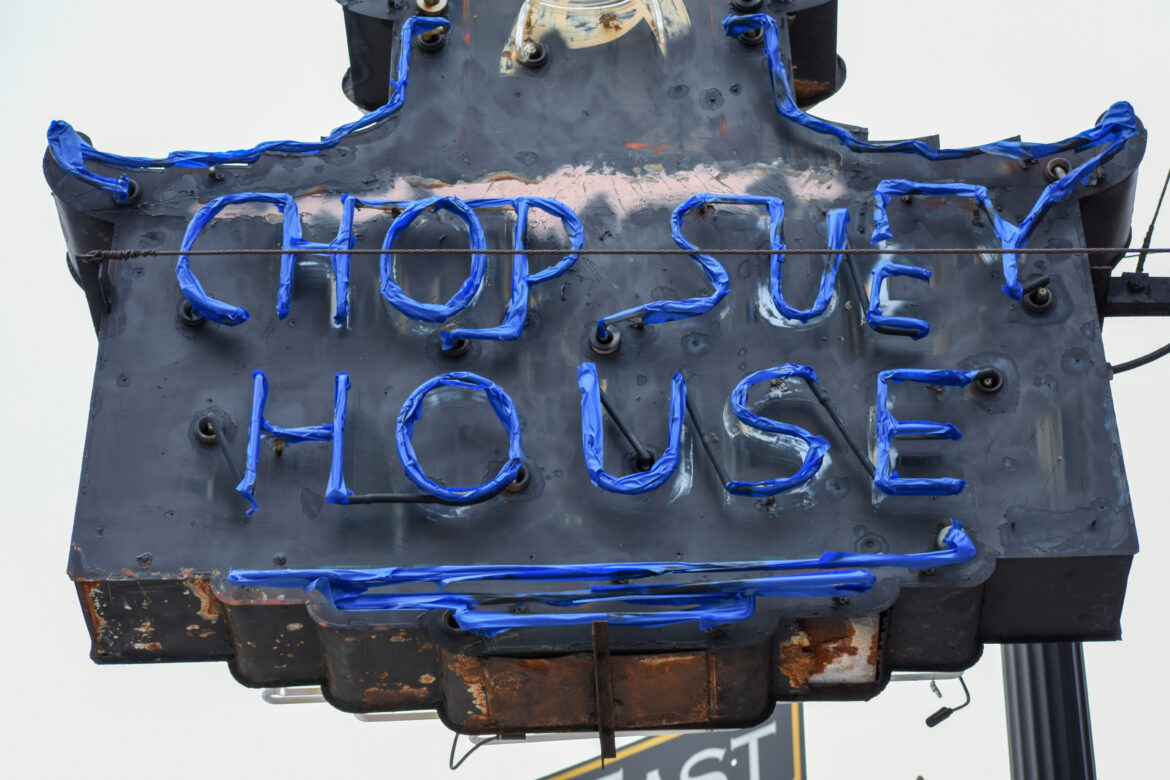 The Pagoda Chop Suey House sign hangs at the corner of King Street East and John Street; one of the few remaining signs from the days of neon signs 50 years past. The Chop Suey House itself is long gone, moving out in 2012 when its building and the attached Treble Hall were saved and restored. 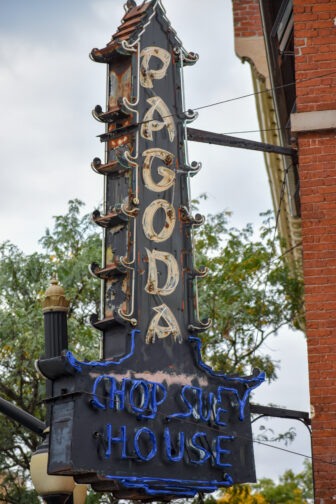 The Hamilton Municipal Heritage Committee is told the landmark sign is being restored, and last year, some of the neon tubing was replaced in the sign as the first phrase of the restoration. Current owner Yoke Group teased a photo of the sign with the caption “Stay tuned for some exciting news!” earlier in April.
The sign gained heritage protection in October when Council unanimously approved heritage designation for Treble Hall and the Pagoda Building under Part IV of the Ontario Heritage Act.
The designation states the Pagoda Building is designed in part “its association with the Pagoda Chop Suey House, a long-running Chinese restaurant in the City and one advertised through a prominent neon sign.”
Legendary local musician Tom Wilson wrote, in his biographical book Beautiful Scars: Steeltown Secrets, Mohawk Skywalkers and the Road Home, that the Pagoda “sign is to downtown Hamilton what the Hollywood sign is to Hollywood”.
Hamilton no longer allows overhanging signs, unless the bylaw changes, the Pagoda sign will be one of only two grandfathered neon signs in the Gore Park District. The other grandfathered sign? Cheapies.
The former Pagoda restaurant is connected to Treble Hall and part of a renovation that will turn the space into rental apartments.