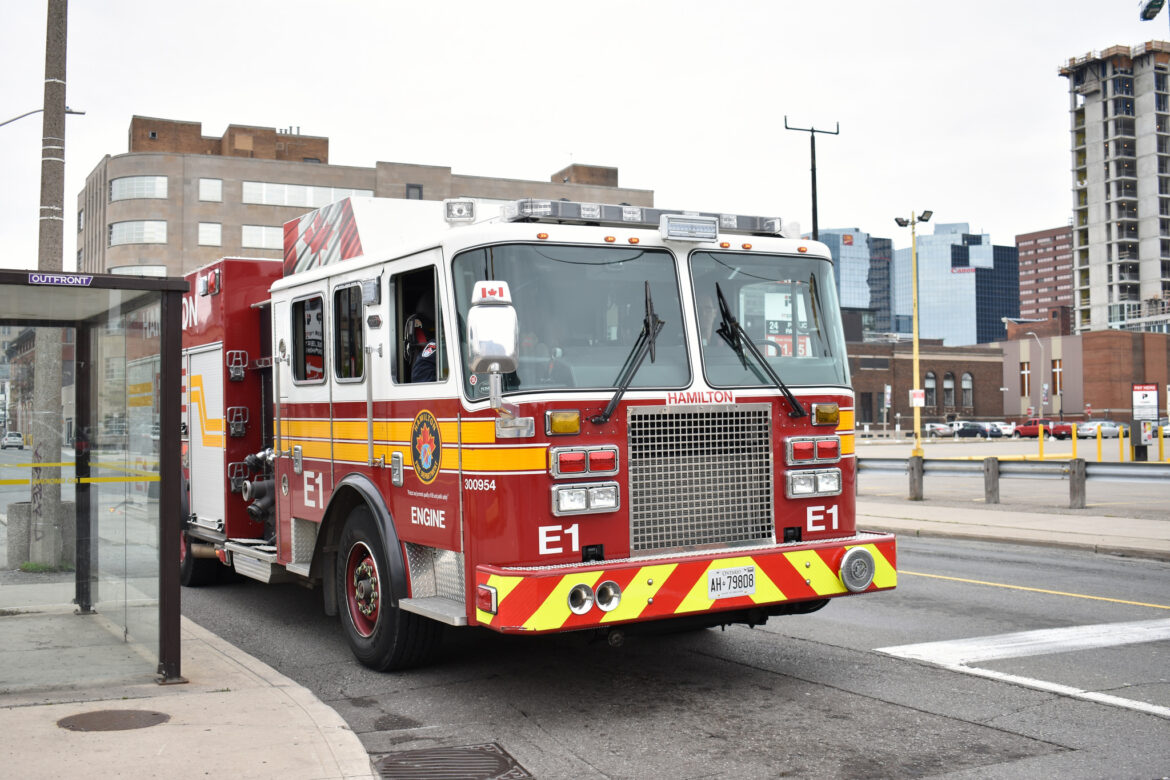 Hamilton Fire Department Engine One in May 2017

Pending Council ratification next Wednesday, Hamilton’s fire department will begin stocking and administering naloxone as part of their medical responses when they suspect a patient is experiencing a drug overdose.
Naloxone is a commonly used medication which reverses the effects of opoids, and can be administered as a nasal spray. Hamilton Public Health says in 2017, 453 people were revived using naloxone kits distributed by the Public Health department.
The Hamilton Fire Department responded to 234 calls where an overdose was suspected in 2017; the staff report does not state how many calls that the Fire Department was first on scene.
The Fire Department will be equipped with the nasal spray kit, which will be funded by Ontario’s Ministry of Health.
Councillor’s unanimously approved the recommendation during their Board of Health meeting today.