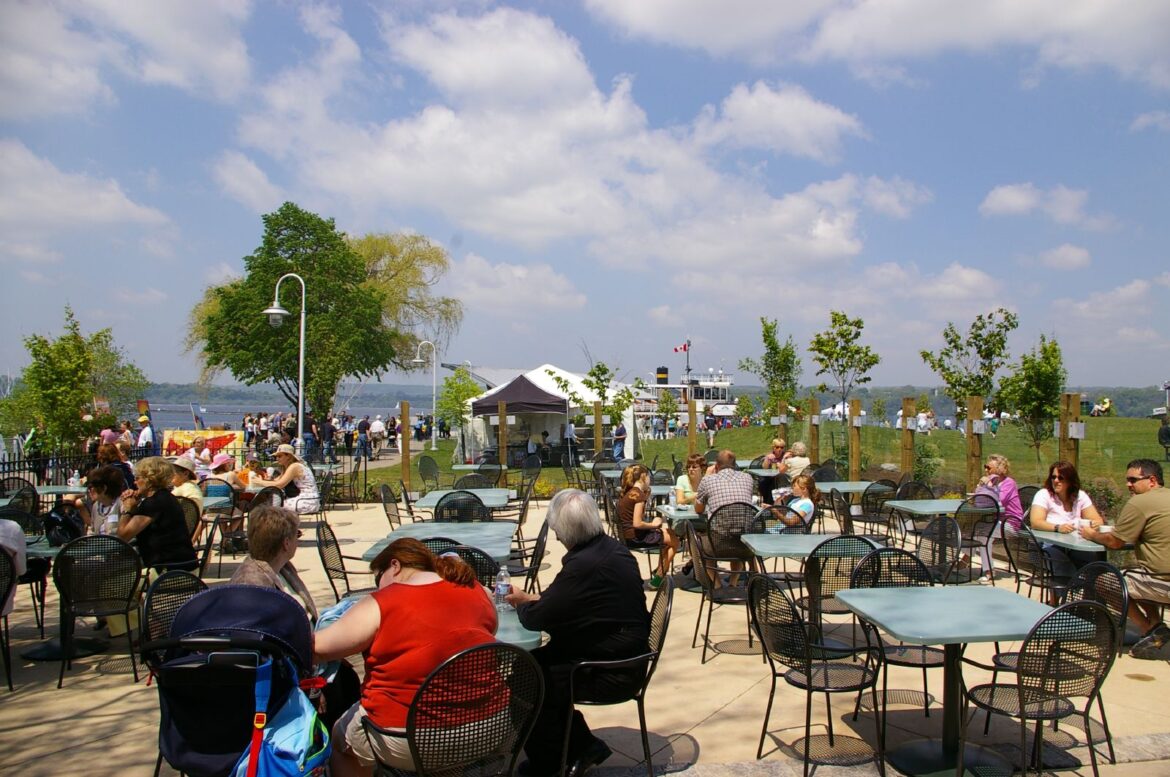 Patio at Williams Fresh Cafe at Pier 8 on Hamilton's Waterfront

Hamilton’s new patio entertainment by-law will not be decided by the Ontario Municipal Board in time for this year’s patio season.
This means the City’s previous ban on entertain on outdoor commercial patios will remain in effect for another patio season.
In a pre-hearing ruling issued Monday, the Ontario Municipal Board set hearing dates of September 25 to 27, 2018 for an appeal of the City’s new bylaw.
Last January, City Council voted to allow entertainment on outdoor commercial patios in six major commercial districts, the West Harbour, and 18 specific rural properties.
Numerous residents near the then-Hamilton Waterfront Trust lands spoke against granting outdoor entertainment to Sarcoa restaurant on the HWT Pier 8 land, following complaints from both the Hamilton and Burlington sides of the harbour about loud music from the club in previous years.
City Council decided to not separate the approval for Sarcoa from the other patio zones, passing them together. Neighbourhood association West Harbour Neighbours appealed the approval to the Ontario Municipal Board.
The result is the city-wide prohibition against entertainment on outdoor patios will remain in effect.
No other parties or participants registered at the pre-hearing.