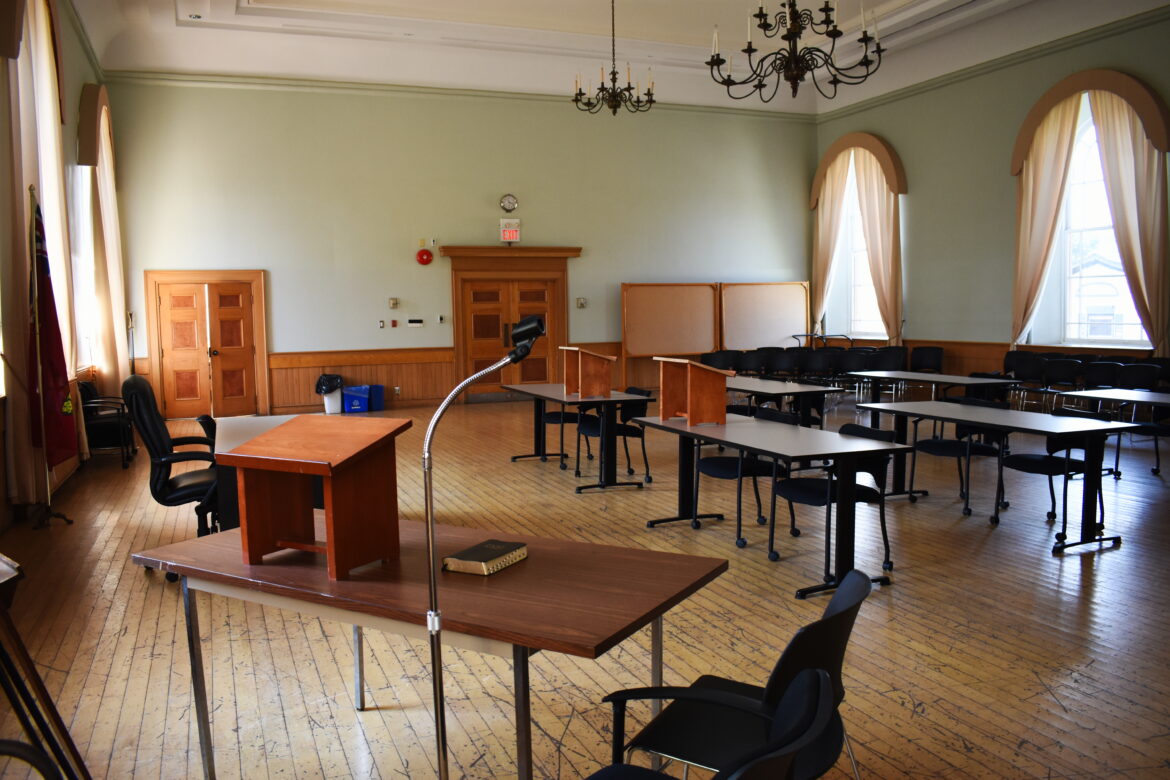 Medallion Properties have filed an appeal to the Ontario Municipal Board on their application for a 20-storey residential redevelopment of their property at 195 Wellington Street South in the Stinson neighbourhood, which borders onto Corktown Park.

The Hamilton Spectator wrote about the proposal last summer when it was still a 19-storey plan.
The Ontario Municipal Board has assigned case number PL171389 to the appeal. The first pre-hearing date has not yet been set.

The application was first submitted to the City of Hamilton on February 3, 2014, deemed complete by the City’s Planning Division on February 28, 2014, and under the Planning Act, the City had 120 days to make a decision.

After June 3, 2014, Medallion had the option of appealing to the OMB for non-decision.
Medallion was continuing to advance its application with the City until late last year. In August, planners from Bousfield registered with the City’s lobbyist registry.

With significant legislative changes to the OMB, including renaming to the Local Planning Appeal Tribunal, many developers filed appeals in late 2017 as their appeal rights are stronger under the old OMB rules compared to the new LPAT.

The Public Record has requested the full planning application from the City of Hamilton and requested notification of hearing dates from the OMB.

Residents and other interested parties will be able to seek participant status at the OMB pre-hearing, it is at the OMB’s discretion to allow or disallow participants.

The Public Record will report when the pre-hearing date is set, subscribe to our newsletter below to get the story delivered to your inbox.

CORRECTION: The original version of this article stated the development as being in the Corktown neighbourhood. It is in fact in the Stinson neighbourhood geographically.