The City’s Public Works Department has only installed pedestrian crossovers at 21 locations in the two years since the Province implemented changes to allow for the lower cost type of pedestrian crossing.
There are presently 99 other locations identified as needing crossovers painted and signs installed. Public Works plans to complete 10 of them in 2018 using $400,000 from revenue raised by red light camera violations
The report states the City has installed 37 crossovers; the City’s count is technically true.
Why the discrepancy between Public Works’ preferred means of counting and the number of locations?
The City is counting each intersection as four crossovers or three in the case of Queen and Herkimer, single crossings with pedestrian island as two, and counting multiple pedestrian crossing inside bus-only HSR transit terminals.
Within the HSR Mountain Garage Transit Terminal, the City says there are two separate pedestrian crossovers. At the Mohawk College Transit Terminal, a location restricted to HSR vehicles, the City counts three separate pedestrian crosswalks. 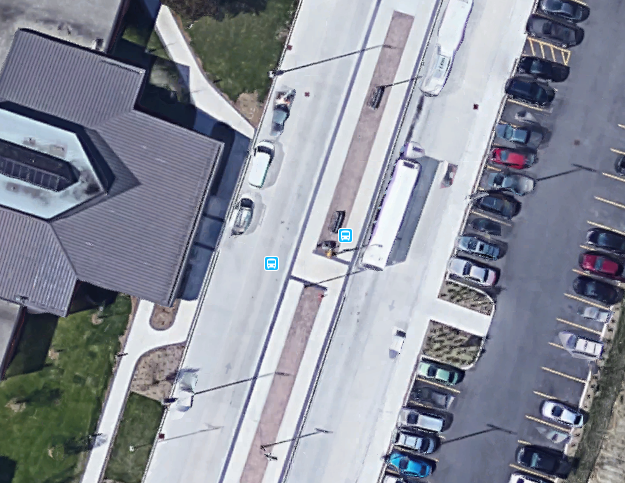 The HSR Mountain Terminal overhead from Google Maps, showing the location of what the City counts as two pedestrian crossovers