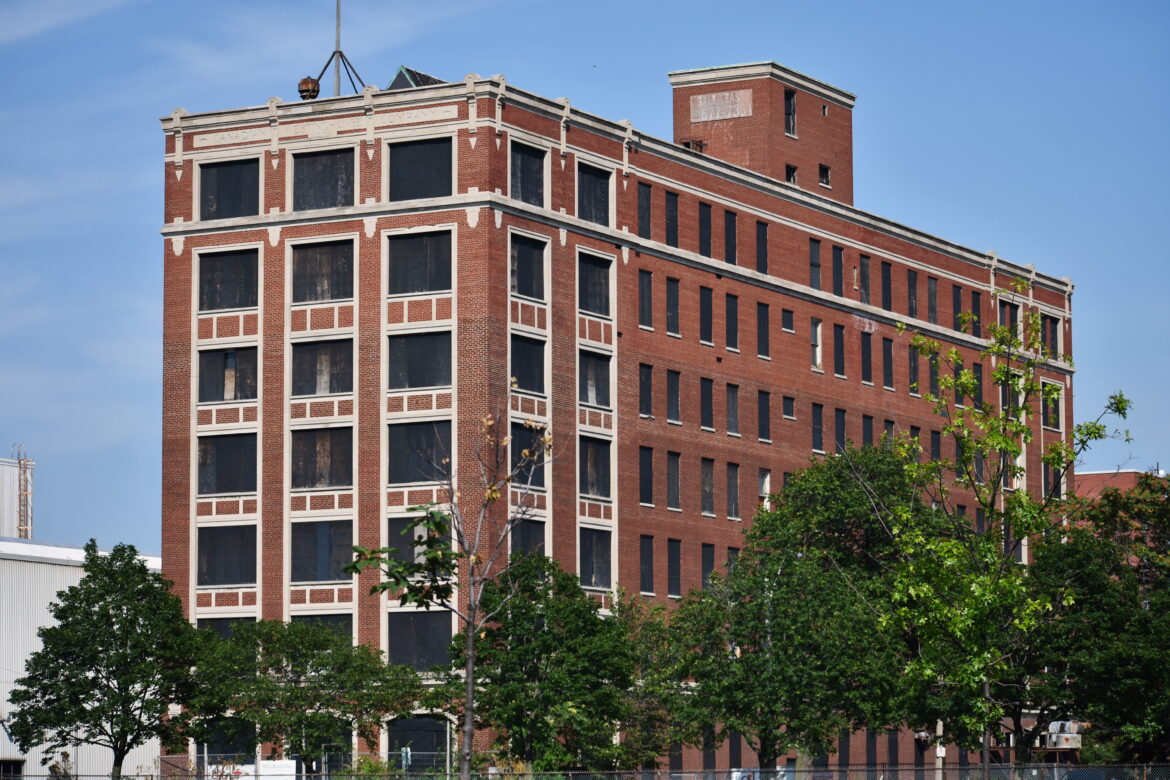 HP2017-037 is the permit number, but for Hamiltonians living in the north central neighbourhoods of the Lower City, it represents a major milestone for urban revival along Barton Street.
The new owners of the Canadian Westinghouse Company building at 286 Sanford Avenue North were granted a heritage permit for the repair and replacement of over 300 windows in the seven-story 1917-constructed building.
The permit application says the owner is replacing “all windows to match the original aesthetic” of the building.
The plan is to replace 271 and repair 35 windows on the building. As well, five doors will be replaced. All 35 windows being repaired are on the first level.
Public records and public documents indicate the longer term plan is to extensively rebuild or renovate the interior for commercial use, while restoring and maintaining the heritage character of the exterior.
Building ownership is listed as Arthouse Commerical Concepts LP, based out of Toronto.
Mick Dick, one of the investors in the new ownership group, says the registration of the company at a Toronto address was for convenience
“The investors are almost all local to Hamilton, and feel a close connection to the buildings deep history in Hamilton and a center of industry for the city when Westinghouse employed over 20,000 people here”, Dick says.
The agent, heritage architects, and mechanical engineers for the developer are from Hamilton firm mcCallumSather. Also consultant on the heritage aspects are Heritage Mill. 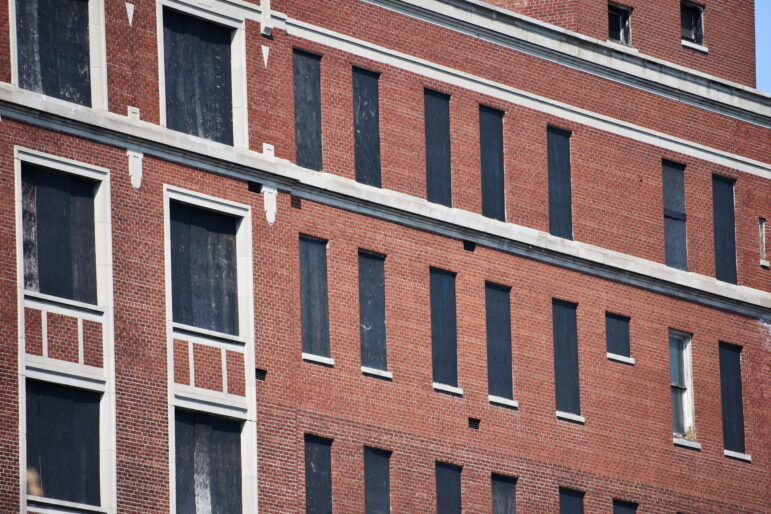 mcCallumSather, in a report attached to the permit application, states that repairing all windows would not allow for energy performance and acoustic rating upgrades, as well as being cost prohibitive.
The building directly borders Hamilton’s industrial area, and noise concerns have blocked past attempts to convert the building into residential use, and will complicate commercial uses without upgrades to sound rating of the building.
The building has been vacant for 30 years, but not for lack of proposals and ideas to occupy the building.
Since Westinghouse moved Downtown in 1983 (the company ceased to exist a decade later in the late 90s), the landmark building has experienced a series of owners and plans.
In 1992, Hamilton Spectator reporter Emilia Casella reported on a pitch by then-owner “Mississauga building Jerry Zahler” to renovate and lease the building to the Regional Municipality of Hamilton-Wentworth as offices for the health and social services department.
Her report states the building was initially sold by Westinghouse to Hamilton developer Walter Galdenzi for $500,000. He sold it in 1988 to a Toronto company for $1,4-million who then in turn sold it to Zahler for $2.3-million in July 1989.
Casella’s 1992 report states Zahler filed a proposal to convert the building into 74-unit non-profit co-op apartments, but the Ontario Municipal Board “quashed” the plan.
The Region did not move into the building.
Spectator columnist Paul Wilson reported in 1995 on the building and neighbourhood. His report states Zahler continued to own the building. Zahler had tried to sell the building for $3.6-million.
In 2001, the City of Hamilton seized the building for tax arrears of $360,000. An attempt to sell the building for $186,000 fell through.
A staff report at time stated the building’s continued was poor, and the building contains asbestos.
In 2003, the City sold the building for $200,000 with a heritage easement “to conserve the historical, architectural, aesthetic and scenic character”.
Earlier this year, the building was listed by Gallo Real Estate for $2.6-million.

CORRECTION: The last staff moved out of the building in 1987, however, the corporate headquarters moved downtown in 1983. Thank you to Edward Smith in the comments for this assist.
UPDATES: mcCallumSather is also provided heritage consultation and mechanical engineering services for the project. The story has been updated to reflect this.
Adding comment from investor Mick Dick.

0 thoughts on “New Owners Begin Work on Westinghouse Building, One of the Boarded Jewels of Hamilton”