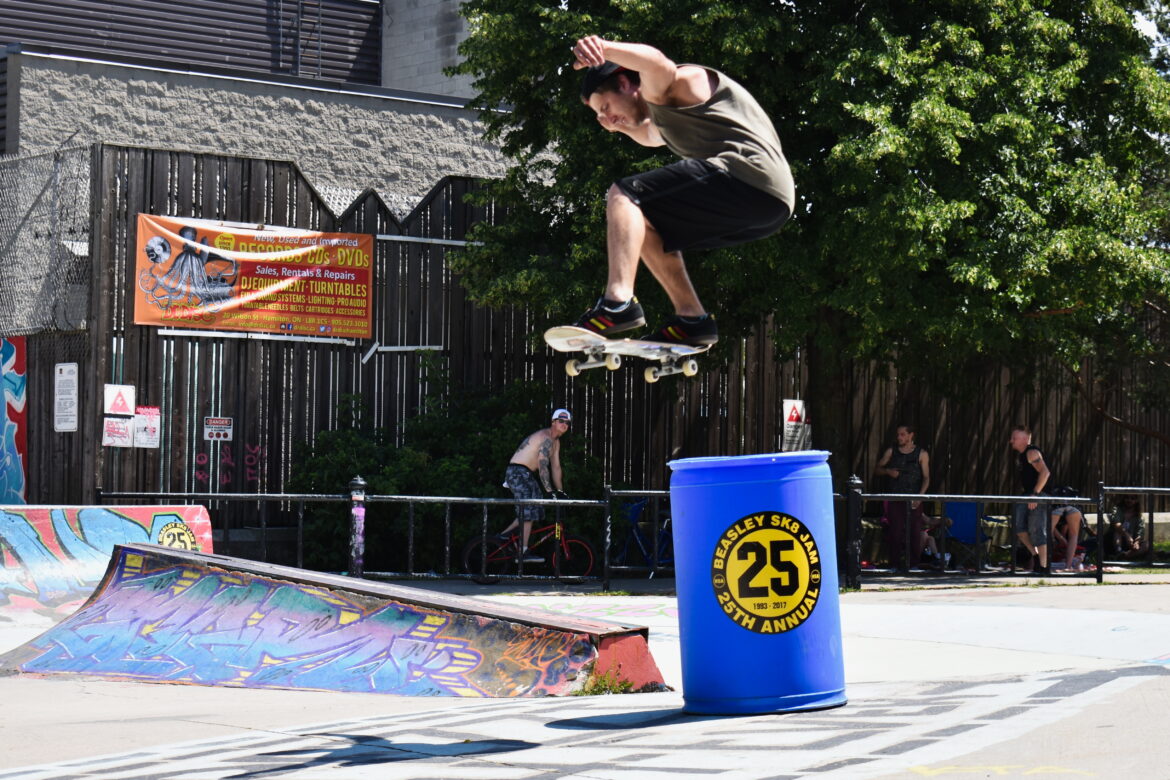 Skateboarders compete in the Hamilton Skate Assembly SkateJam at Beasley Park on July 9, 2017

Council’s Emergency and Community Services Committee’s July meeting was short – just under one hour – as Councillors focused on their business at hand.
Nearly half the meeting was devoted to the Our Future Hamilton civic engagement project’s annual report – with much of that discussion regarding the planned release of a youth strategy in September. Council discussed a consultants reporting recommending the City have one skate park for every 7,500, referring implementation to future budget processes.
In their information report section, Councillors learned the Mohawk 4Ice arena says it’s profits drop nearly $25,000 on the account of increased hydro and decreased rentals, and learned the Province is committing an additional $10-million per year for Early Years Programming and Child Care administered by the City.
Full Video of the meeting is available on The Public Record’s YouTube page.