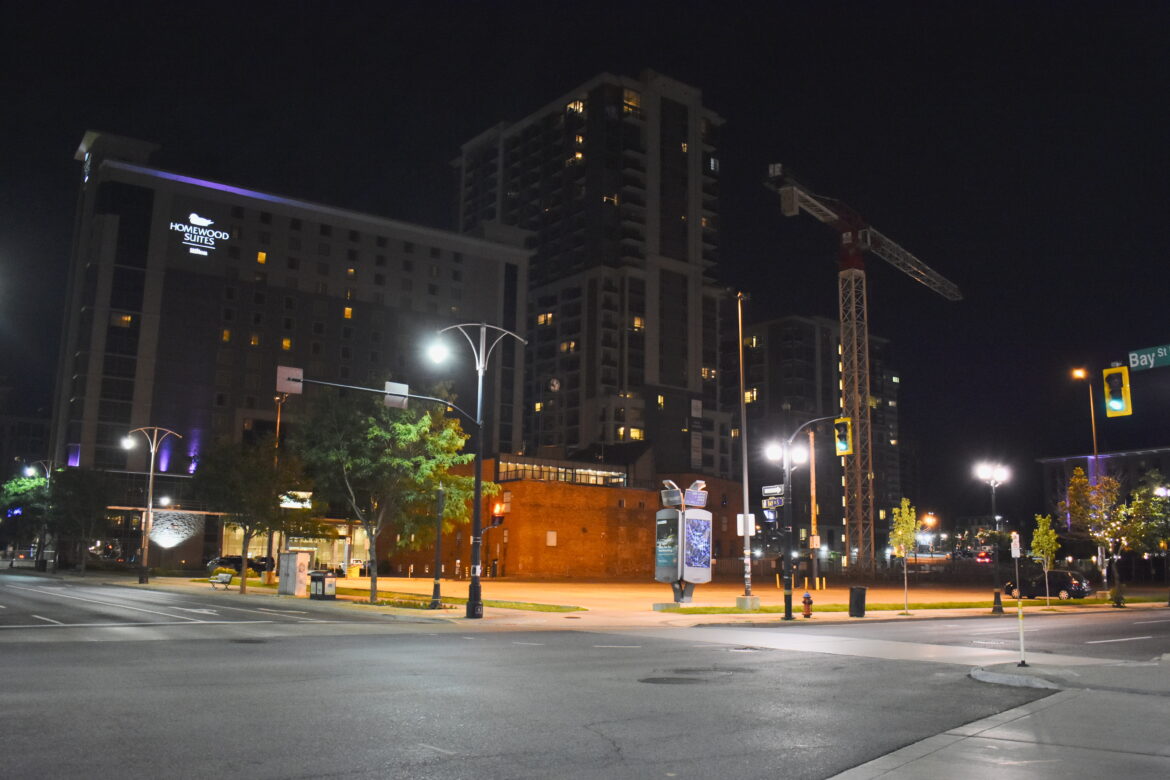 A photo of the parking lot at 191 King Street West in Downtown Hamilton, taken on July 6, 2017

Exactly three years ago today, I reported on City staff moving to protect surfacing parking in the Central Business District by locking up a new parking lease to prevent the development of 191 King Street West on the south west corner of Bay Street.
I can now report that a development application has been filed with the City of Hamilton to develop the property, and that application was considered by the City’s Design Review Panel on June 8, 2017.
Due to an administrative oversight, the City did not provide public notice of the June 8th meeting. The Public Record filed a formal protest with the City’s General Manager of Planning and Economic Development, and requested copies of all documents from the meeting. I’m satisified that error was not in bad faith, and other than filing the protest, will be taking no further action.
The Public Record emailed General Manager of Planning and Economic Development Jason Thorne to ask if there has been a reversal of his department’s position that City Hall needs to protect surface parking.
We spoke by phone today.
“Staff will judge the application on its merits,” Thorne says. In terms of parking, Thorne says it is the City’s responsibility to address parking demands in the Downtown, and the loss of surface parking will not weight into the staff decision on the development application.
Thorne says the City will look at longer term solutions to managing Downtown Hamilton’s parking supply.
The Public Record is awaiting a response on the request for documents, and will review the planning application in the coming weeks. Once this happens, we’ll post details of the application.
Presently, the parking lot at 191 King Street West is exempt from property taxes. The City declared it a “municipal capital facility”, exempting it from property taxes while operating as a parking lot leased by the City.
Two nearby parking lots developed into hotels show how much more valuable tall buildings in the Central Business District (Downtown) are to the City’s bottom line.
68 George Street went from paying $11,211 in municipal tax before it was developed into Staybridge Suites to paying $228,762 after. 40 Bay Street South went from paying just $18,000 a year in municipal tax before it was developed into Homewood Suites to paying $390,996 after. (Source: RaiseTheHammer.org)