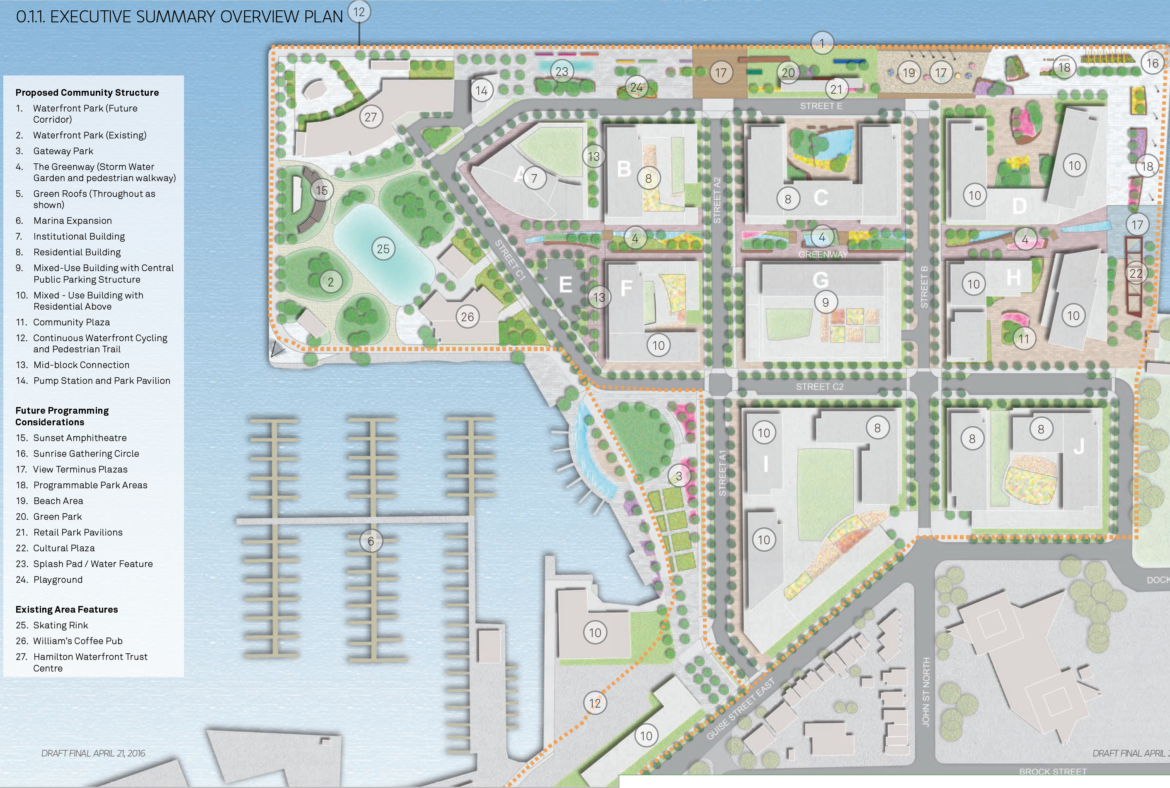 The City issued a press release last week to announce that thirteen teams, representing 31 firms, are bidding for the City’s West Harbour Pier 8 lands.
All the teams are from Ontario, despite the City spending a significant amount of money sending the Mayor and staff to Europe to seek bids from European firms.
The City even held the announcement of the RFQ process dates in Cannes, France at the Le marché international des professionnels de l’immobilier conference.