City Councillors unanimously voted to phase out the Commercial and Industrial vacant unit property tax rebate program. Council will phase out the rebate from present 30% to 15% in 2018, and then 0% in 2019.
City staff estimate this will save $1.25M in 2018, and an additional $1.25M in 2019, for a total of $2.5M per year thereafter. The City expects to eliminate a 0.5FTE position which has been necessary to manage the vacancy rebates.
Presently, landowners with vacant units in those property tax classes can apply to the City to receive a 30% rebate on their property taxes. The program was originally implemented by the province in 1998 when property taxes were reformed. Prior to 1998, commercial and industrial tenants paid the property taxes. Post-1998, the taxes were paid by the landowner. The rebate was implemented to recognize that vacant units had been taxed at a lower rate. (Here’s an industry lenses on the issue)
Over the years, the program has become seen as benefiting speculation and neglect.
City staff state that in 2015, 515 properties across Hamilton received the rebate, of these properties, 117 were in their first year of rebate, 79 in their second, 27 in their third, and 292 properties had been receiving rebates for four or move years.

Where Should the Rebate Savings Go?

Council was divided on a motion by Matthew Green to put the savings from the program into the affordable housing budget.
Council voted 8-5 to ask staff to report on the feasibility of putting the $2.5M in expected annual savings to affordable housing. 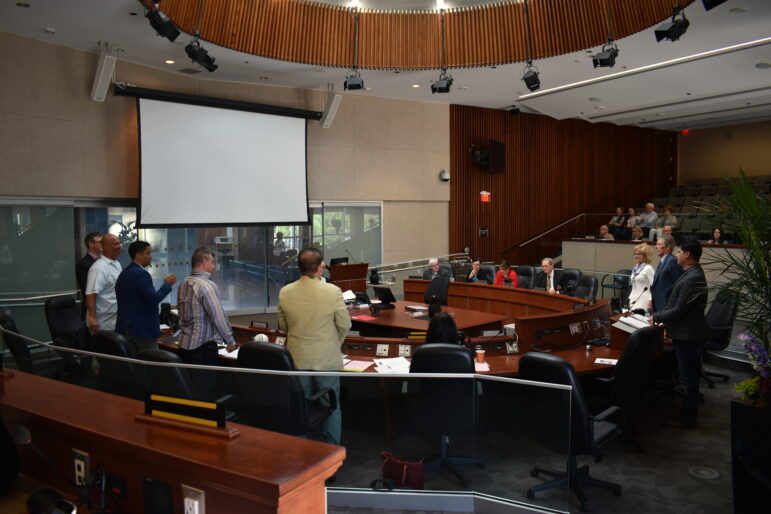 In favour were: Mayor Eisenberger, A. Johnson, Farr, Green, Merulla, Collins, Jackson, and Partridge.
Opposed were: Skelly, Conley, Pearson, B. Johnson, and Ferguson.