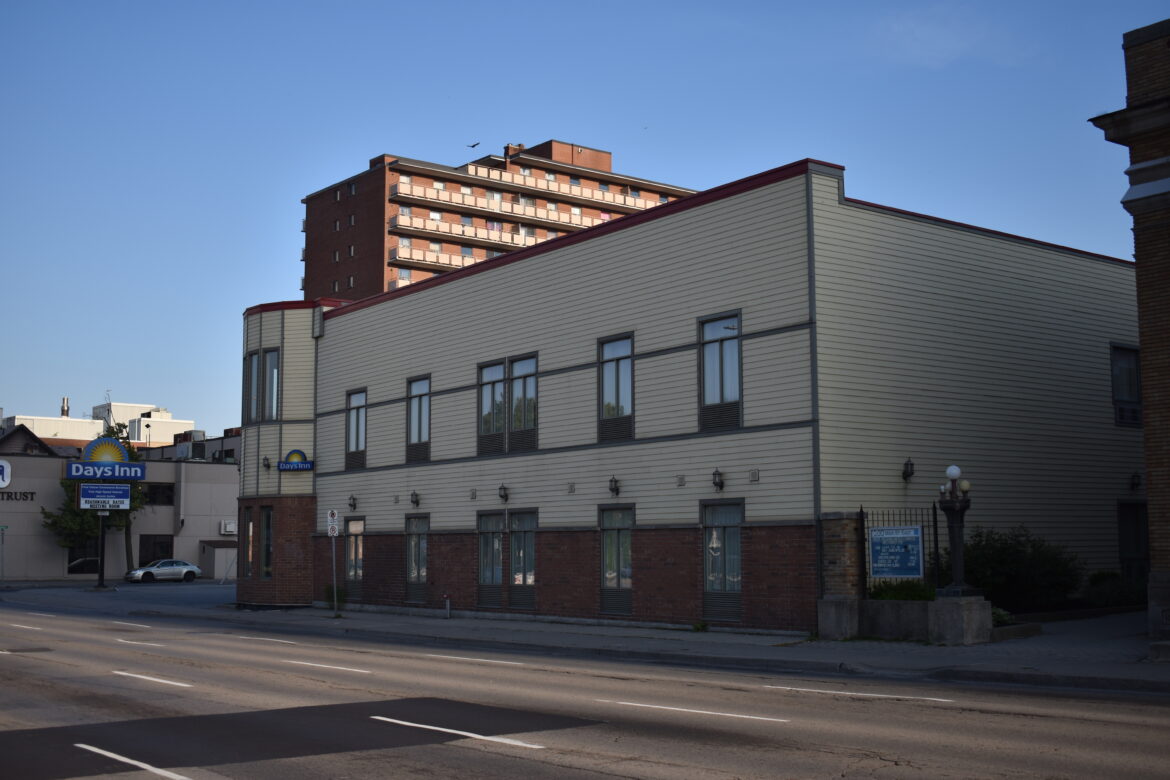 A photo of 210 Main Street East, the current site of the Days Inn Hotel.

The owner of 210 Main Street East is requesting $5.5-million in tax incentives and fee exemptions to build a 15-storey 224-unit apartment building on the Downtown property currently occupied by the Day Inns Hotel.

Ward 2 Councillor Jason Farr praised Kassam for offering to provide affordable housing, and expressed a desire to see the City provide the incentives as the development will address the City’s affordable housing “crisis”.

Farr says some of the over 7000 people on the City’s social housing wait list will be able to live in these affordable units.

Ekasa Hospitality is saying the units will be affordable using their own calculations.
They conducted its own analysis of the rental market, which found they could charge rates 33% above the official market rate published by the Canada Mortgage and Housing Corporation.

By this measure of the maximum rent they could seek, Ekasa Hospitality says their proposed rates are 20 percent below this rate and therefore qualifies as “affordable housing”.

By CMHC’s market numbers, the proposed rents are 20 percent above the current market rate.

Padmapper.com, which aggregates rental listings from online classified sites such as Kijiji, publishes monthly reports on the average price of online listed units.
In May, they report an average price of $930 for one bedroom, and $1160 for two bedroom apartments in Hamilton.

Ward 4 Councillor Sam Merulla was the only member of Council to express skepticism about the developers’ numbers, noting that Hamilton needs to address affordability for renters who are looking to save money to eventually buy a house.

“In my opinion, these are more market rent than affordable”, Merulla said. “They are not affordable” 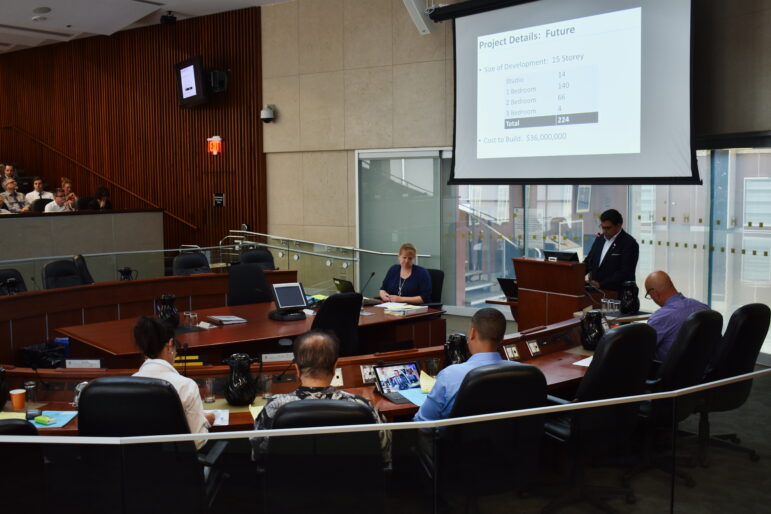 Council voted to have staff work with the developer, and to return with a report to Council on the merits of providing the requested $5.5-million in incentives.

The current project proposed by Ekasa Hospitality is a modification of a student housing proposal brought forth to the City’s Design Review Panel last year. The DRP strongly recommended against that project, with the Chair of DRP referring to the building as being “like Stalingrad”.