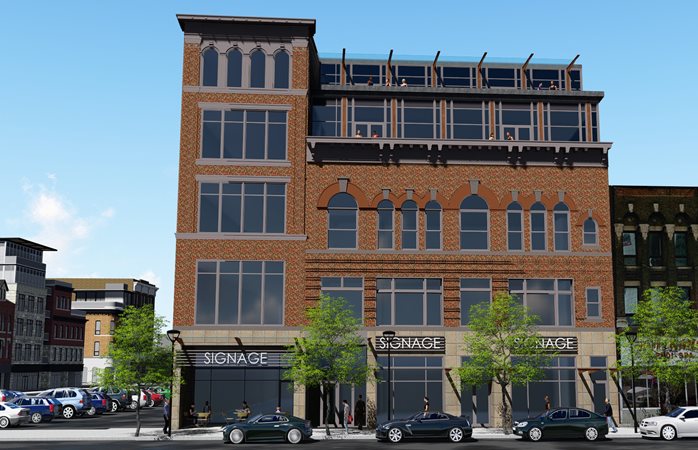 Firstly, let me open with a disclosure, the Beasley Neighbourhood Association executive may ask me to delegate to the Committee of Adjustment on their behalf for this file.
Hamilton’s zoning bylaw is overly prescriptive and restrictive. Instead of setting minimum requires for good building forms, it sets restrictions that result in red-tape, delays, and burdensome costs for developers seeking to build anything other than a basic cookie-cutter cheap quality stucco box with a gigantic barren paved parking lot out front.
Core Urban is redeveloping the buildings at 10-14 James Street North directly across from Jackson Square. They plan to fill in the alley to locate an elevator shaft connecting the two buildings, and add two storeys to the building. The plan is for the building to house commercial offices. 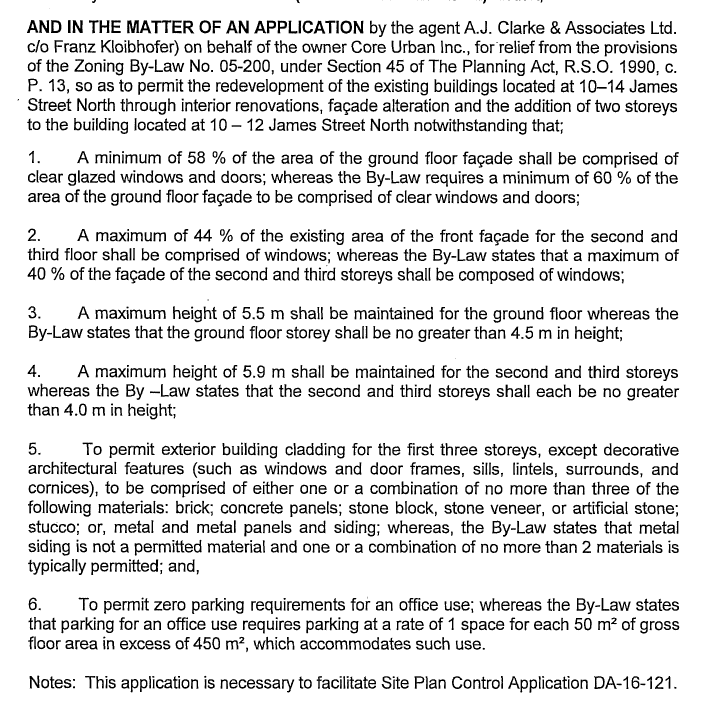 The existing buildings do not conform with the City’s current building standards because they are too grand with a higher than allowed ceilings and larger than allowed windows.
The first floor height of 5.5 meters (18 feet) and even higher heights of 5.9 metres (19.5 feet) on the second and third floors. High ceilings – allowing in natural light and other benefits – are a key attraction for many businesses which have been relocating from Toronto to other cities which are open for business.
The other problem the City has with the grand design of these open buildings? Too many windows on the second and third floor.
Thankfully, Core Urban’s brand is high quality retrofits and adaption of older buildings. Otherwise, I doubt any other developer would have the patience for City Hall’s red-tape.
For some reason, Hamilton City Hall still believes that the concrete monstrosities of yesteryear are still the way of the future.
What’s City Council doing about red-tape? Other than talking about addressing it?