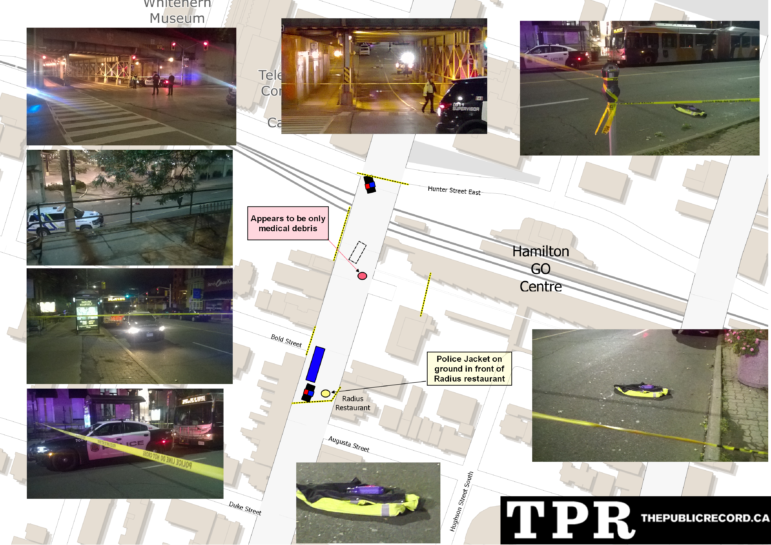 An approximate layout, with photos, of the scene of a Hamilton Police involved shooting on James Street South late Friday, September 30, 2016 (CLICK TO ENLARGE)

Ontario’s Special Investigations Unit is on scene investigating after a Hamilton Police officer shot a person on James Street South between 11:45 and 11:55 p.m. Friday night.
The SIU is only confirming they invoked their mandate, and no confirmation has been provided on the condition of the person shot.
Above how the scene looked between 12:40 a.m. and 1:00am Saturday morning only an hour after the event.
A couple of things of note in the map:

As of 4:40am Saturday, the SIU had not yet issued their initial press statement. They will announce the release on Twitter: @SIUOntario