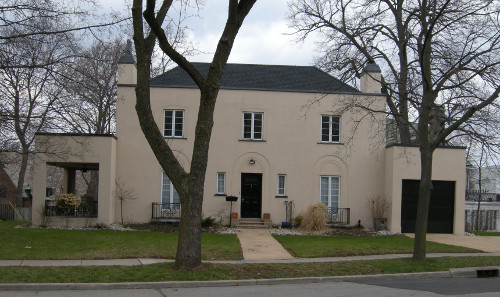 An order to comply issued to company owning 1 St. James Place will not be enforceable until at least mid-September as the Property Standards Committee adjourned a hearing on the order until September 12.
Victor Veri, president of the company which owns the property, requested the adjournment saying the company recently hired legal counsel and was unprepared for today’s hearing.
City by-law officials opposed the adjournment, stating Veri was served with the order over a month ago and had time to prepare for the hearing.
The property standards order was issued and sent by registered mail on February 2, 2016.

The order (pages 8 to 12 of this pdf) states the property is not properly heated, there are concerns about the condition of exterior heritage features, and eavesdrops.

The property was hastily move from the heritage interest list to a full heritage designation over concerns in 2014 that the owner was planning to demolish the building for parking. The property is directly across from St. Joseph’s Hospital and demand for parking is high in the area.
In May 2014, the owner cut down trees and had a City building permit to demolish a “side garage and side porch”. The demolition wasn’t complete.
Two weeks later, an emergency meeting of the Heritage Committee was held, and the Council quickly moved to designate the property under the Ontario Heritage Act. Owner Victor Veri was removed from the meeting after yelling at Councillors.
Veri appealed the designation to the Conservation Review Board which heard the case in July 2015 and issued the heritage designation.