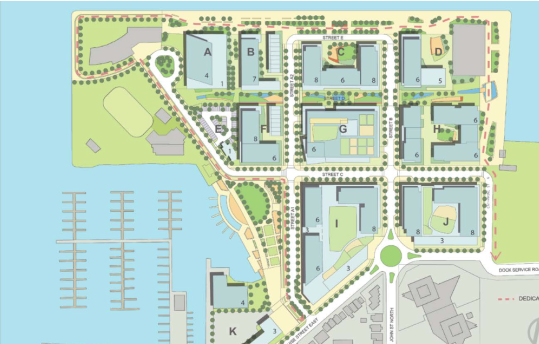 The City’s public consultation series on Pier 7 and 8 continues this Thursday (March 31) from 7:00 to 9:10pm with a larger venue at LIUNA Station on James Street North.
The City calls the meetings community conversations and they have – despite the City’s desire to discuss other matters – become dominated by community demands for the integration of affordable housing as a part of the City’s west harbour developments.
Disclosure: I live within the Sailing Sail plan boundaries, have participated in the public meetings, and am a strong supporting of creating a mixed-income development by including some affordable housing as a requirement in the development.
Affordable housing may be the dominant topic, but it is not the only topic that residents wish to address with many seeking updates on other aspects of the plan.
The City has rebooted the public consultations this month by adopting a new format and focusing the discussion upon the creation of a vision statement for the West Harbour plan.

The agenda for the March meeting involves breakout groups for discussion of the West Harbour vision statement. There is no question and answer session scheduled. 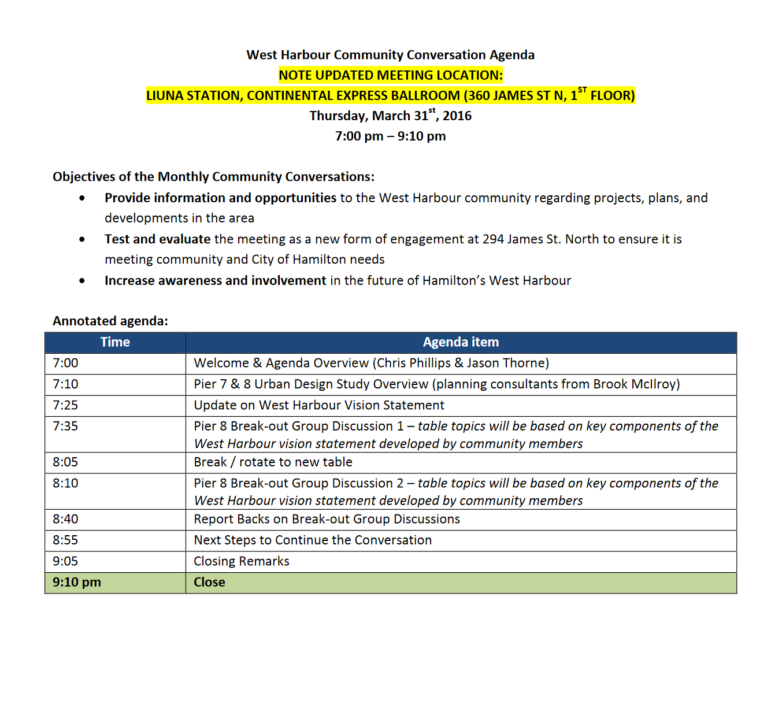 Agenda from City of Hamilton for March 2016 West Harbour meeting.

It will be interesting to see how breakout groups form, what feedback they provide, and how it will impact the City’s plan to sell it’s West Harbour real estate during the 2018 budget year.