John McGrane, a retired Olympic soccer player, wants to install a seasonal soccer dome for the new stadium and is offering to contribute $100,000 annually towards a turf replacement fund as the rental fee.
McGrane sent a two-page letter to Mayor Eisenberger asking to delegate in front of City Council to pitch his proposal.
The letter outlines his plan to operate the soccer dome “during the winter months from December through to April”. He states the dome will not request any capital funding from the City and “would be built with full support of Bob Young and the Hamilton Tiger-Cats.”
In addition to the $100,000 annual contribution to turf replacement, McGrane is offering “500 full field bookings” to the City for school and community use during the winter months.
McGrane says the dome is important to “the development of a provincial/national soccer academy” at the new stadium.
McGrane’s letter is officially agenda for approval of a presentation at a future meeting of Council, it could be lifted and presented at the Wednesday, January 13, 2016 meeting. 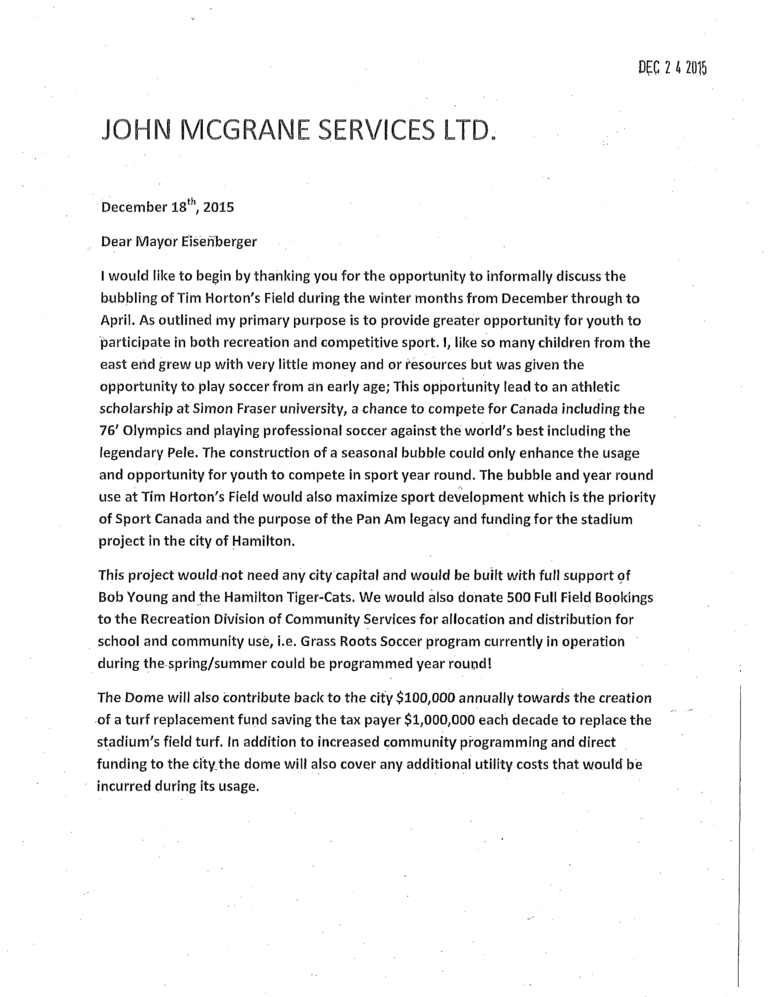 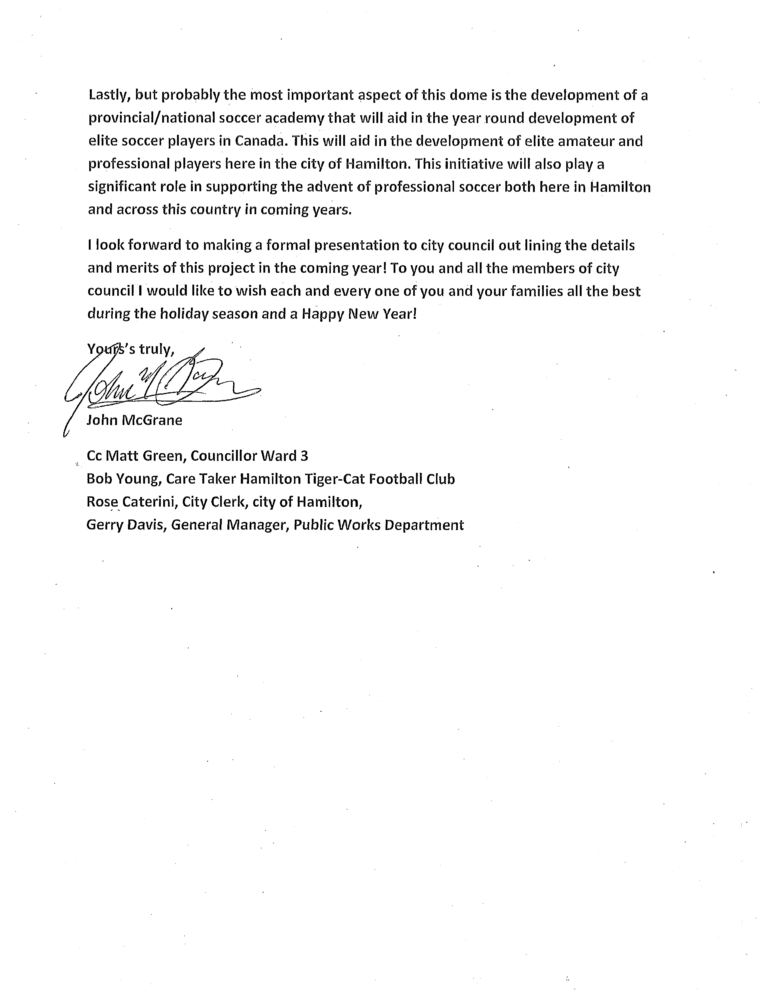