Councillors discussed two staff reports on parking – one on wrong-way faced parking and the other on lawn parking.

The City will now fine individuals who park their vehicles on front lawns, with the exception of events at the new city stadium and the Winona Peach Festival.
The bylaw is city-wide, but was developed in response to problems of lawn parking in West Hamilton as many student houses lack on-site parking and on-street parking is heavily regulated around McMaster University.
The new fine will be $100 which is the maximum the City is allowed to charge using the Administrative Penalty System under the Municipal Act

Officially, it’s against City of Hamilton By-law 01-218 to park your vehicle facing the wrong way. However, “since at least the 1960s”, the City only enforces this bylaw upon complaint and parking facing the wrong way is a common practice in Hamilton.
Every once in awhile, the City receives a complaint about wrong-way parking and goes out to enforce the bylaw. People who get ticketed are outraged, it becomes a political issue at City Hall, and becomes a community discussion.
In July 2013, City Council asked for staff to report on how many tickets the Hamilton Police Service is issuing after HPS issued a bunch of tickets. They wanted HPS to not enforce the bylaw except by complaint – the same as City bylaw practice.
As we enter 2016, City staff reported back to Planning Committee.
The result?
Status quo – HPS will continue to enforce bylaws. HPS notes that city parking bylaws are a low priority of the police service. Which is reflected in that about 10 percent of wrong-way facing parking tickets are issued by HPS and the rest by City bylaw.
Council did not change the bylaw to allow wrong-way parking, meaning we’ll likely repeat this story in a few years time.

Councillors voted to deny a request from the owner of the former Elfrida Church to have the building removed from the Register of Property of Cultural Heritage Value or Interest and to continue plans to eventually give the building a heritage designation.
The Late Gothic Revival architectural style building was constructed in 1858 and was one of the first places of worship in Stoney Creek.
The staff report for designation is scheduled for 2018. 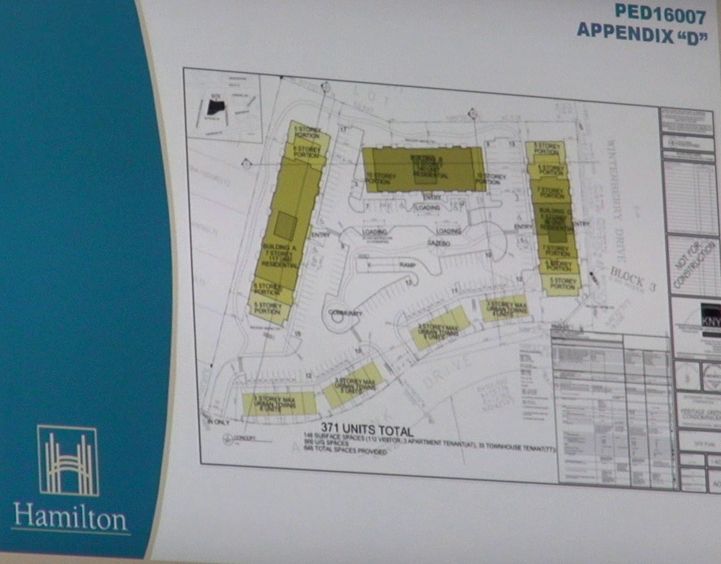 Council approved a new development which will include a 12-storey building at 20 Artfrank Drive in Upper Stoney Creek. Artfrank Drive is one block south of the Lincoln Alexander Parkway between Upper Mount Albion and Winterberry Drive, directly behind the Silvercity movie theatre.
Planning Committee approved the development which will see 20 two-storey town homes and three multiple storey buildings containing a total of 371 dwelling units.
The three buildings are approved for 7-storey, 10-storey, and 12-storey.

A housekeeping approval of common elements in a new sub-division which is classified as a condominium.
Committee approved the draft plan of condominium. 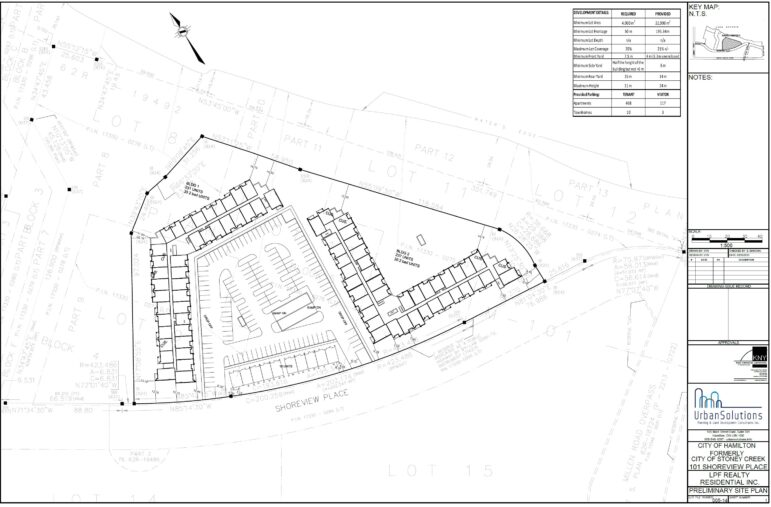 The development of Stoney Creek’s Lake Ontario neighbourhoods continues with a proposal for two six-storey residential buildings and ten townhouses at 101 Shoreview Place.
The proposal is for a total of 458 units in the two residential units. The development is part of New Horizon’s Green Millen Shores development.
Committee approved the development.

Hamilton Habitat for Humanity asked the City Hall for approval to build five street townhouse dwelling units at 149.5 Sherman Avenue north in Ward 3.
The site, just south of Barton on the west side of Sherman across from St. Ann’s Church, is a former commercial parking lot.
Staff recommended approval noting this will develop a parking lot site and providing affordable housing.
After statements of support, Councillors voted to approve the development.

Councillors approved this Meadowlands neighbourhood application for this 88 residential unit housing development which will include 176 parking spots and 47 visitor parking spaces.