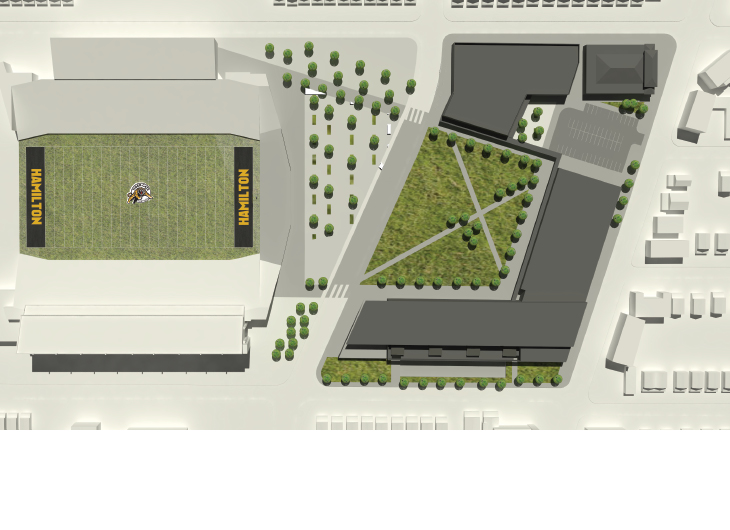 Just before Christmas (2015), the Planning Departments Development Review Team held a meeting to look at plans for the Hamilton-Wentworth District School Board’s planned high school at 1055 King Street East and the City of Hamilton’s planned Bernie Morelli Recreation Centre at 876 Cannon Street East.
The proposals are being considered jointly as they will share the entire city block bound by King, Melrose, Cannon, and Balsam. Both buildings are separate and will not share any utilities or other critical infrastructure. 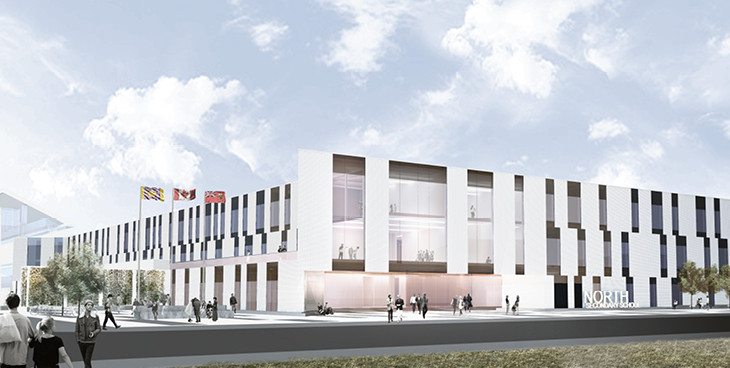 Rendering of the HWDSB’s new North High School looking northeast from the southwest corner of King and Melrose.

The new HWDSB lower city school is proposed to be three stories with technical education space on the first floor east wing. The gymnasium and multi-use rooms are located on the first floor west wing with an entrance that will allow this area to be isolated from the rest of the building for public use outside of school hours. 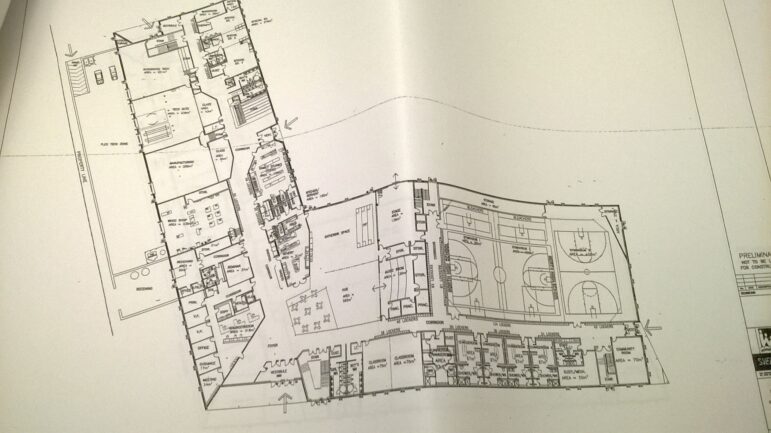 The site plans show a separate third LRT track to be built off street at the front of the high school. This will enable the stationing of a LRT train for crowds leaving the stadium and possible use of a “school extra” train at the beginning of rush hour to handle the capacity crunch during end of school day dismissal.
With the HWDSB hoping to have the high school open for 2018, this could be third track could be the first part of the LRT built. 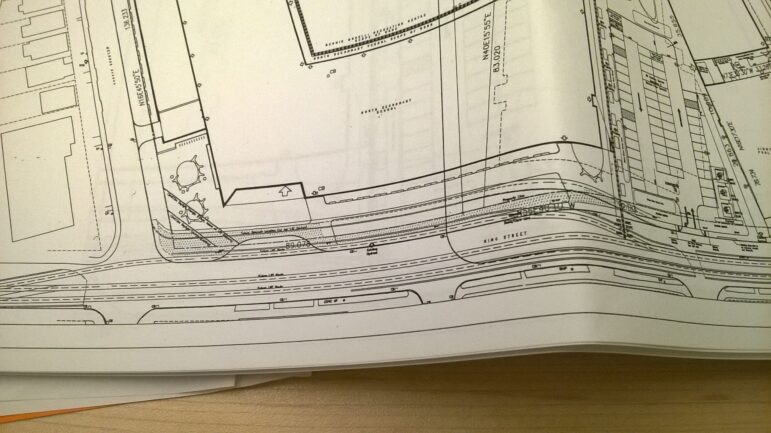 Another interesting part of the plans is a proposed running track on the second level directly above the gymnasium. With both the new high school and recreation centres proposing running tracks, it is possible one will be removed between the two buildings as the plans progress and budget savings are sought. 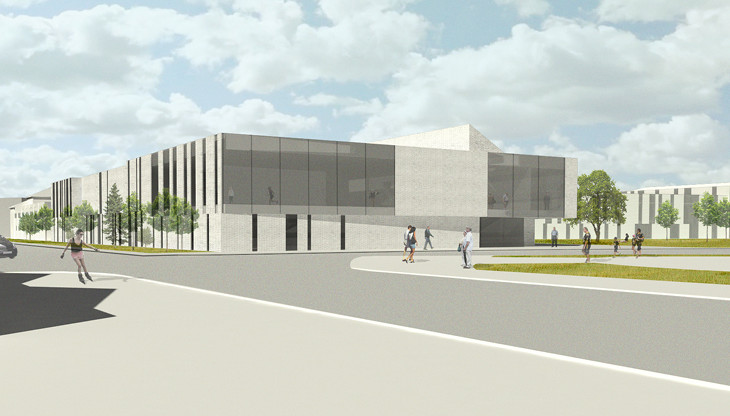 Proposed at two storeys, the new recreation centre will feature its own pool with a pedestrian connect to the historic Jimmy Thompson pool, making for two pools in the overall recreation facility.
Originally proposed as a seniors centre, the building is now a full recreation centre including a full gymnasium, dance rooms, multiple purpose room, cafeteria, kitchen, youth room, and billiards room in addition to the new pool. A running track is proposed on the second floor above the gym. 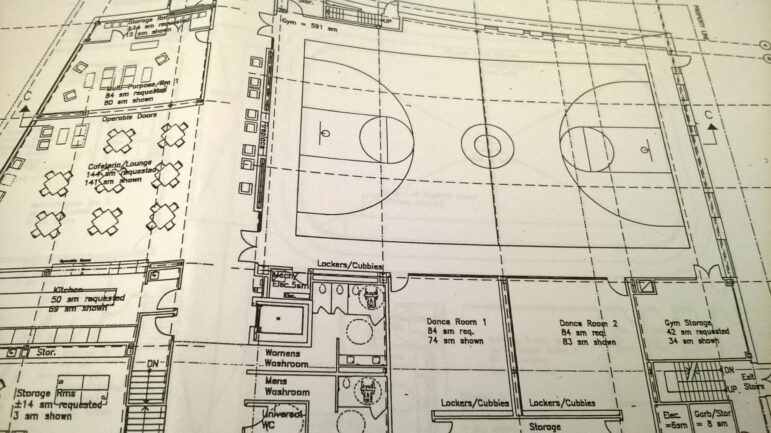 Plans for the first floor gymnasium area of the Bernie Morelli Recreation Centre.

The renderings also show a common courtyard – on the City portion of the property – connecting the two facilities and designed to provide public space for events related to the stadium. 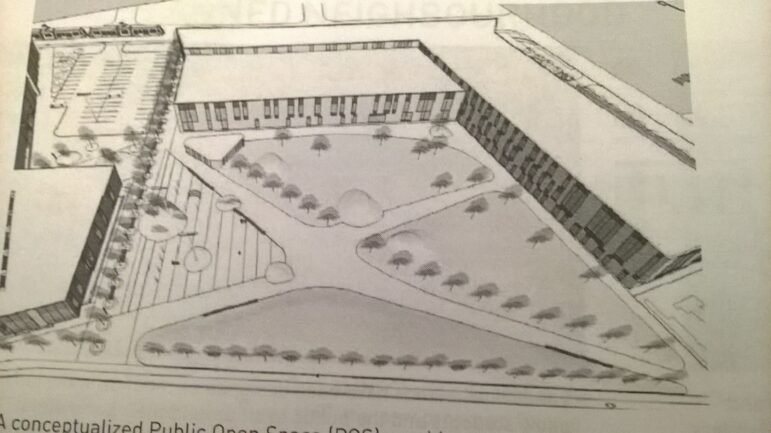 Parking for the new high school will be at 60 Balsam Avenue North, the former Parkview Secondary site. The urban design brief for the joint projects states the intersection of Balsam and Cannon may require a traffic light to serve pedestrian and vehicle traffic to the new facilities.

The City of Hamilton will issue public notices for a Planning Committee hearing on the proposal. No tentative date is yet set for the hearing.