The Downtown Task Force Committee held it’s regular meeting with an update on environment cleanliness efforts and an update on crime trends (down) from the Hamilton Police Service.
Here’s what happened in the meeting:

(2:45 to 17:00)
Hamilton’s Downtown Task Force feels crime in the downtown is heading in the right direction – down. Members of the Task Force are concerned about graffiti and break-ins.
A recent spate of commercial break-ins is causing concerns for downtown business with many shops along James Street. Graffiti vandalism is another major concern.
Some of the businesses that have been victims include inside the City Centre, 25 Main Street West, Steve’s Open Kitchen, Butcher and Vegan, Christ Church Cathedral, and Great Red Pepper.
Hamilton Police says they are working to address these crimes.

(17:00 to 1:00:00)
The Barton BIA and other commercial outside the primary downtown core are looking for better sidewalk cleaning and power washing. The problem? Money.
The most productive discussion of the meeting, the discussion was about how to address cleanliness challenges in business areas. Cigarette butts are a major concern and difficult to clean.
At present, in the area bound by Wellington Street to the east, Bay Street to the west, Hunter to the south, and Murray to the north, the City provides extensive seven-day-a-week cleaning services including sidewalk sweeping, power washing, and litter pickup. 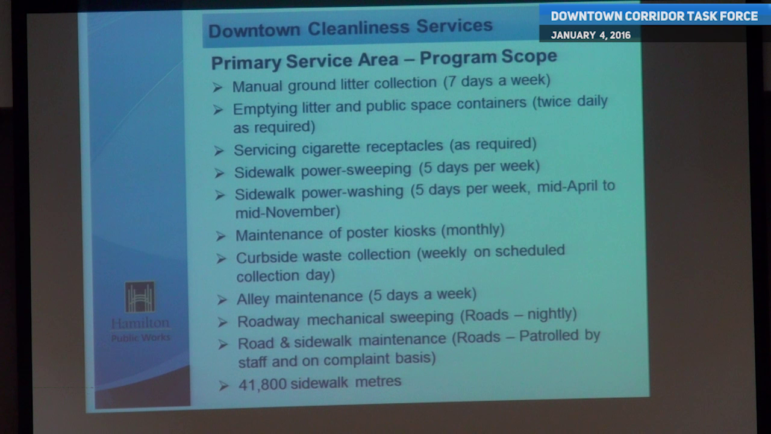 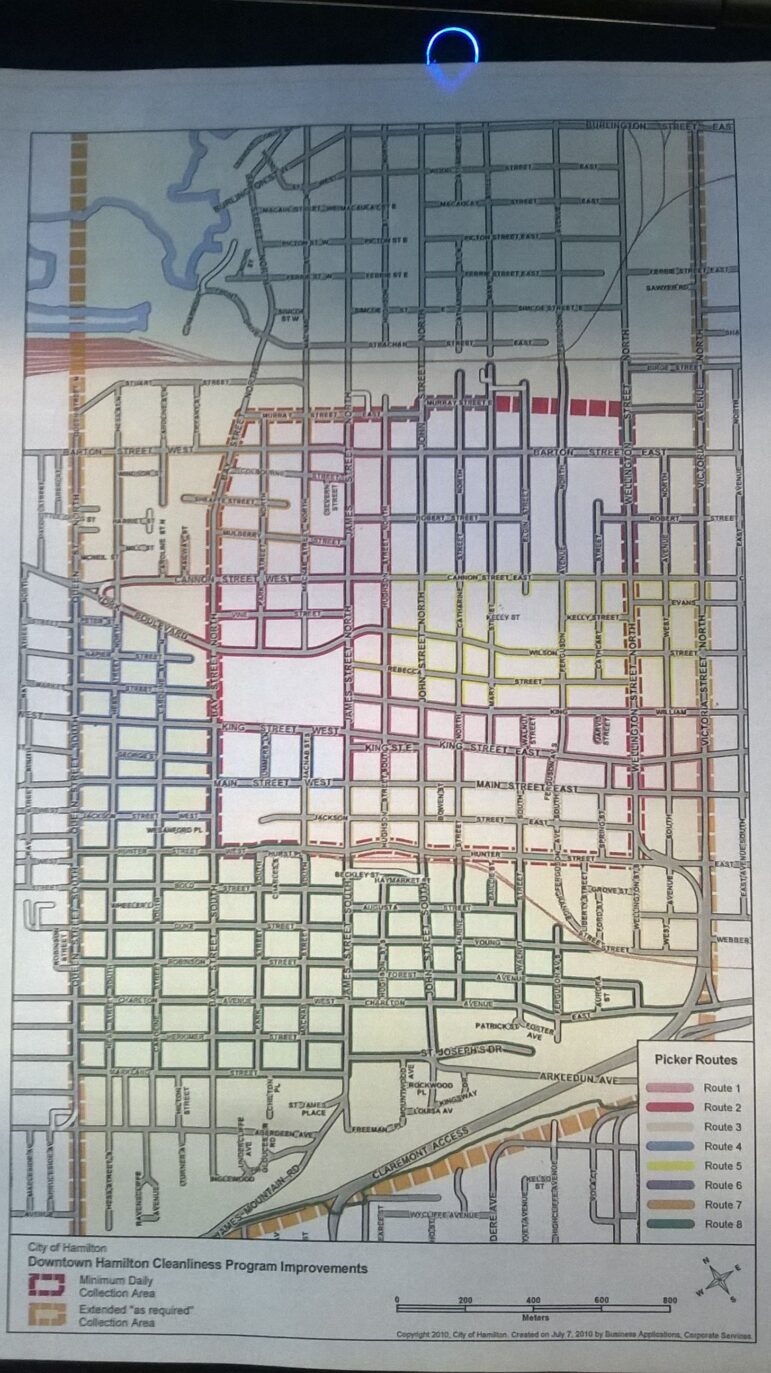 Staff say there is 41,800 metres of sidewalks within those boundaries and it costs approximated $41 per metre of sidewalk for the annual service at a total cost of $1,713,832.
In addition to the primary service area, the City provides a lesser level of cleanliness services from the Escarpment to Water, Wellington Street to Queen Street.
A request to expand service to the Barton Village BIA was presented to the committee. Staff say providing the downtown level of service to the BIA will have an operating cost of $180,000 per year, with a one-time capital expense of $100,000.
Public Works stated they do not have any budget to expand to the Barton Village BIA.
Glen Norton, the city’s manager of urban renewal, then entered into the discussion and says there are funds available in the urban renewal budget for increased sidewalk power washing in the Barton and Kenilworth corridor as the City targets the area for renewal. (46:15)

The International Village was struck by vandalism shortly before Christmas as a vandal defaced numerous buildings in the Downtown with up to 20 foot high graffiti tags.
Hamilton Police are investigating, due to the ongoing police investigation, at the request of the International Village BIA, I did not record this portion of the meeting.
After much discussion about the problem and that cleanup will cost thousands, if not tens of thousands, of dollars, the Downtown Task Force is requesting an update from Hamilton Police to determine how to catch this vandal.

The committee spent the majority of its time debating its mandate and purpose. There is a lot of confusion about the committee’s role in the new term. Nothing was concluded and they decided – after much angst – to table the discussion.

The next meeting date is undetermined.