Just before 6:30 a.m. Sunday morning, a standpipe in the fire protection system on the sixth floor of 235 Rebecca St, a 17-storey rental building in Downtown Hamilton. 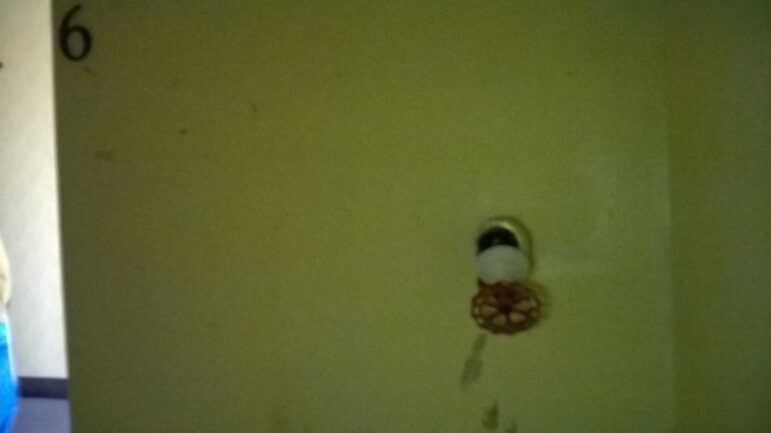 Burst standpipe on the sixth floor of 235 Rebecca

The water caused extensive damage, forcing the shutdown of all building systems including heat, hydro, and water. An estimated 400 residents are displaced and the City’s Emergency Operations Centre is coordinating a response that includings the opening of a temporary shelter at Bennetto Recreation Centre.
235 Rebecca is one of Hamilton’s many apartment buildings which have not undergone major renovations since they were built in the 60s and 70s – the result being that the rents in the building are at or near below the market average during a time in which Hamilton facing an affordability crisis.
Many in the building are just getting by, this emergency is a crisis for them. For those living in the bottom six floors – where every apartment was flooded and household items damaged – this flood lives them with nowhere and lacking the resources to recover without substantive supports.
These are people who live with tough choices, one of them being the choice between insurance or food. The result, many are without apartment insurance.

The City response thus far is commendable, especially early Sunday morning as the Hamilton Fire Department initially commanded the scene and quickly mobilized resources.
Within minutes of arriving at the building, the Fire Captains from Station 1 upgraded the response, the senior command was notified, police and paramedics brought to the scene to assist residents evacuating, and the decision made to activate the City’s emergency operations centre to mobilize supports for the residents. The Hamilton Street Railway and Red Cross both quickly arrived on scene.

At the time of this writing, Monday morning, power is restored to floors seven to 17. None of the other essential services – heat and water – are restored and all building residents remain displaced.
The City is operating an emergency shelter at Bennetto recreation centre. It is hoped that residents of the upper floors will be able to return to their apartments in the next few days.
For residents on the lower six floors, there will be a need for longer term supports as those apartments are likely to need extensive restoration due to water damage (which could be worsen by freezing due to lack of heat) and the residents face replacing belonging damaged.
The City will need to support these approximately 125 residents in the coming month and this will a story I’ll watch closely here on The Public Record.