Radio listenership is measured using three different numbers in the Numeris report – Share, Central Market Area Reach, and Full Coverage Reach.
Depending on the measure, either KX or K-Lite is Hamilton’s top radio station. KX claims the Share title for the first time, while K-Lite remains firmly in the leader for total reach in Hamilton. (Expect both of them to market themselves as the leader.)
KX overtook long-time Hamilton’s radio leader CKLHFM (K-Lite 102.9FM) to become the Hamilton total listening Share leader at 9.6% compared to 7.9%. In the Spring 2015 report, KX was second with 8.0% compared to K-Lite’s 10.6%.
The change in share reflects increase length of listening for KX, which actually saw its total Hamilton/Burlington listeners slightly drop during the reporting
Numeris states Share represents “Within the central market area [Hamilton proper], the estimated total hours tuned to that station expressed as a percentage of total hours tuned to all radio”. 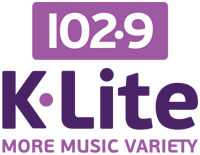 K-Lite remains the most listened to station in Hamilton/Burlington proper when measured by total number of people listening for at least 15 minutes per week with an estimated reach of 110,300 listeners. KX reaches an estimated 83,400.
Within their full coverage area (KX broadcasts at 40000watts, K-Lite 40300watts) KX reaches an estimated 278,400 listeners and K-Lite an estimated 143,500 listeners.
KX is the only country music format in the Toronto and Hamilton market, wheres there are numerous adult contemporary stations competing with K-Lite.

CKOC freefalls in switch from Oldies to Sports

Less than 1% of Hamiltonians radio listening time is given to either CHAM (Funny 820AM) or CKOC (TSN Radio 1150AM) – both hold 0.9% Share with CKOC’s Share dropping from 2.9% in Spring 2015 when it was playing an “Oldies” music format.
Numeris measured listenership from September 7 to November 1, after CKOC’s switch on Labour Day. Year-over-year, CKOC’s share drop is even more significant from 4.8% in the Fall 2014 report.
Hamilton’s other AM station, 900 CHML, dropped to 4.6% Share from 5.7% in Spring 2015, while its total Hamilton reach remained steady.
Numeris reports of radio listenership are available on their website here.

0 thoughts on “Numeris Fall 2015 numbers show significant AM decline in Hamilton, battle for FM lead between K-Lite and KX”