Hamilton’s Election Compliance Audit Committee (ECAC) meets Monday to consider if Ward 9 Councillor Doug Conley’s election return violated the Municipal Elections Act by not including information about how he funded his campaign.
Conley failed to list sources of income for this campaign with both the donor and self contribution information blank. (see images of return at end of article)
Without any declaration of income, the return does not provide for a calculation of surplus or deficit.
The return indicates there was no surplus, indicating that expenses of $17,164.99 were equal to campaign income.
The Municipal Act required Conley to hire an audit to review his campaign finances, as his campaign exceeded $10,000.
Conley’s auditor J. Dillane, a chartered accountant, approved Conley’s return as meeting the requirements of the Act.
ECAC is a citizen-appointee committee, with no politicians as members, which meets to review complaints regarding violations of the financial regulations of the Municipal Elections Act.
Cam Galindo, who ran for the Ward 9 seat and placed third, filed a complaint regarding the return:

Doug Conley’s financial statements provide no indication of where he gathered the $17,842.99 to fund his winning campaign in ward nine. The line for “contributions from candidate” is blank as are all the other donation categories, and no names of contributors – corporate, union or individual are provided. In addition there is no calculation of excess surplus or deficit. It is clear that the candidate failed to file a complete and accurate financial statement. It is also astonishing that a professional auditor would sign off on an incomplete ffnancial statement.

The Town Clerk in Ajax declared a seat vacant when the winning Council candidate filed a return that was non-compliant.
Ajax Ward 2 Councillor Renrick Ashby’s return failed to include an auditors report. The Town Clerk immediately declared the seat vacant and Ashby removed from office.
The Town’s position is that the Municipal Elections Act does not allow discretion regarding non-compliant returns.
Ashby appealed to the Superior Court of Justice, where Justice Stephen Bale ruled Ashby made an honest mistake and reinstated Ashby to Ajax’s Town Council.

The Public Record Not Able to Cover ECAC 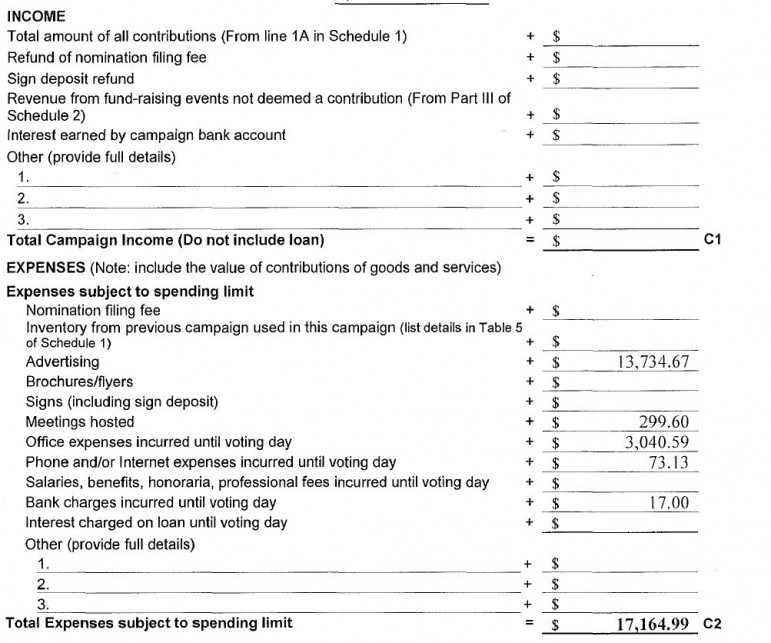 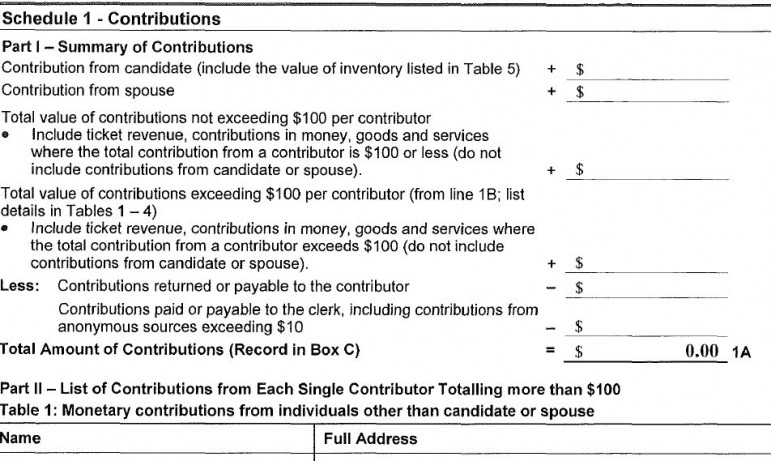 Conley failed to list his own contribution to his campaign.