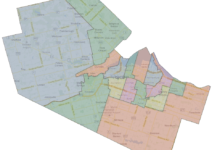 The Ontario Municipal Board hearing into Council’s latest ward boundaries proposal is underway today.
The Public Record is liveblogging the hearing.

Liberals Increase Ontario Municipal Board Application Fee to $300 from $125

The Ontario Liberal government is increasing the application fee for filing to the Ontario Municipal Board to $300 from its present $125 level.
The proposal is in the form of a new Ontario Regulation released last week.
The new fee takes effect on July 1, 2016.

Ontario Municipal Board Hamilton Ruling Summary for Week of May 9 to 13, 2016

The Ontario Municipal Board released a few decisions involving the City of Hamilton this week. The most significant came in appeals of the City’s new rural official plan and zoning bylaw, the others involved a 307-unit new subdivision in Binbrook, a denied severance in Ancaster, and a six-storey multiple dwelling on Barton Street in Flamborough. Each one of the cases decisions can be read on CanLii.ca and are linked in the summaries below. Coalition For Rural Ontario Environmental Protection v. Hamilton (City)

http://www.canlii.org/en/on/onomb/doc/2016/2016canlii26566/2016canlii26566.html
This is one of the larger appeals of the City’s new rural official plan and zoning bylaw, which is now narrowed to a fourteen remaining appellants , with the City and other appellants having reached agreements. The significance of this week’s ruling, which is procedural in nature, is the Ontario Municipal Board ruled – with the exceptions of sections under appeal, the new rural official plan and zoning bylaw is in effect.